This has to be one of the craziest things we’ve ever seen an EV do.

The most powerful version of the Ford Mustang Mach-E is currently the 459 horsepower GT model. Thanks to 612 pound-feet (830 Nm), the GT should be able to hit sixty from standstill in under 4 seconds, as well as allow the driver to do spectacular slides, although not quite as spectacular as the mysterious car in this video.

It’s allegedly a video captured by a person who just happened upon what appears to be a stripped down Mach-E prototype of sorts that can pop crazy donuts. It’s got all the makings of a video taken by someone who was just in the area and wanted to see what was making all that noise, yet it’s a bit too textbook. 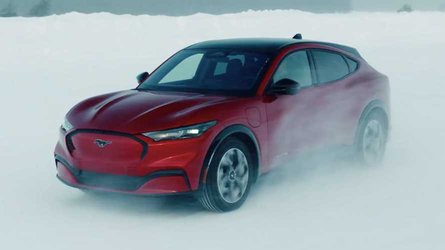 Watch A 2021 Ford Mustang Mach-E Drift Through The Snow
⠀ 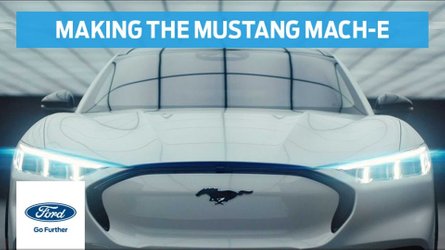 Ford Mustang Mach-E Documentary Explains How The EV Was Created

If you check the comments below the video, you’ll notice the consensus is that this video is actually shot by Ford and made to look like amateur footage. It’s thought to be a kind of publicity stunt to built hype around an even hotter Mach-E which may or may not bear a Shelby badge. Whatever it is, we’re really excited to see the production incarnation of the prototype spotted here.

It looks like it has wider tires than the normal Mach-E and judging by the way it so easily breaks traction, more power too. So publicity stunt or not, it’s one exciting EV, even to observe hidden behind some trees and notice how it stops in the perfect spot for you to get a clear shot of it.