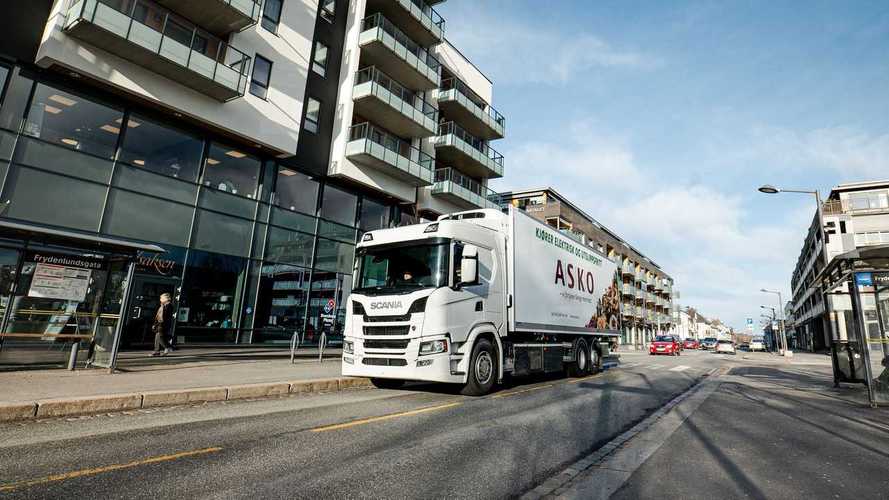 Scania starts its truck electrification with a major partnership with ASKO, who is switching its entire fleet to EVs.

Scania boasted that the Norwegian food wholesaler ASKO intends to order, under a framework agreement, up to 75 electric trucks within three years (2020-2022).

The first two were already delivered in February 2020, and recently ASKO selected ABB to build charging infrastructure for its electric fleet.

ASKO's plan is to electrify its entire fleet in Norway by 2026, which might result in hundreds of new electric trucks on the roads.

ABB To Partner With ASKO For Electrification Of Trucks In Norway

Besides the all-electric trucks, since the start of 2020, ASKO has been testing the first four hydrogen fuel cell Scania trucks, but we guess the main direction will be BEVs.

Torbjørn Johannson, Chairman of the Board, ASKO NORGE AS said:

"Our goal is to have an emission free fleet of trucks by 2026. The battery electric trucks from Scania are an important step on the journey towards fossil free transports for ASKO,".

More details about Scania's plans for its battery-electric trucks will be presented later in 2020.

"Over the coming few years, it is expected that battery technology will be further improved with opportunities for extended range without adding battery weight. The production of battery electric trucks complements that of battery electric buses and hybrid electric trucks and buses that are already in production. Scania stands prepared to meet the growing demand for electrified and renewable fuel heavy vehicles."