Ford Patents Solar Charging Cocoon For Its Electric Car: Will It Be Sold? 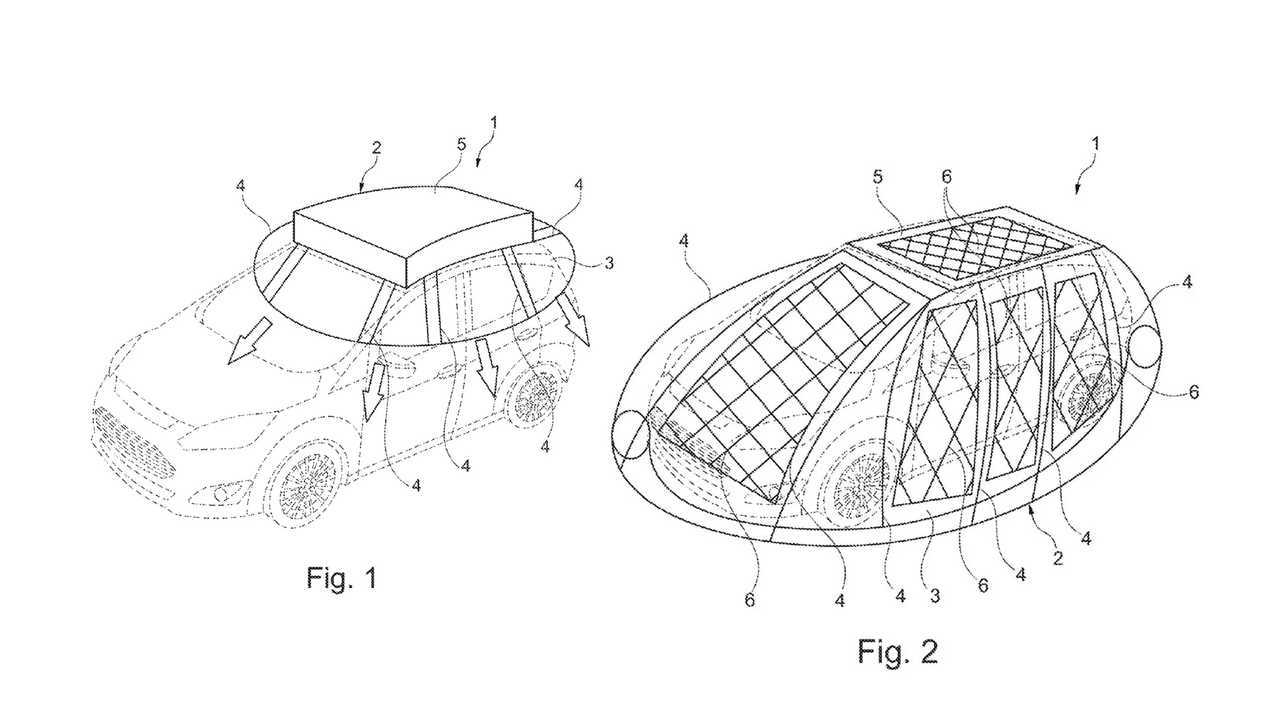 The guys from MachEClub.com found the patent drawings and shared them with us.

Ford has recently given two good news about the Mustang Mach-E. The first is that its charging will be 30 percent faster than previously thought. The second is that is fast charging infrastructure will be expanded. But what if you do not have how to charge at home? A patent shows a unique solution for that: a solar charging inflatable cocoon.

The patent revealed by the user machstang at MachEClub.com shows that Ford thinks the roof is too small for solar charging. With that in mind, Ford engineers conceived this inflatable cocoon that expands the solar charging surface available.

When it is deployed, flexible solar panels extend towards the ground in all directions in the car – front, sides, and rear. The storage compartment where the cocoon is kept also shows solar cells when it is opened.

The patent informs us that, when the owner finally decides to drive, the structure automatically retracts back in the storage compartment, which looks like a roof cargo box. Make sure you check it in full at MachEClub.com.

Patents don’t necessarily aim at things that will ever reach production. They are also a strategy to prevent that other manufacturers use ideas that may be useful in the future. Ford alone registered an idea for a one-wheeled electric motorcycle and a sort of electric scooter that came out of a car.

Although this solar charging cocoon may look brilliant for charging and also protecting your parked EV, we have concerns. Its deployment could damage the paint, for example. We also cannot help thinking it would turn the car into a solar oven, increasing the cabin temperature way more than if the vehicle didn’t have this solar cocoon. All the additional electricity generated may be lost with air conditioning use.

Should Ford decide to sell it, it will probably have to develop some sort of Smart Summon. It would make the car lower all its windows and run a little to cool down the interior before picking up the passengers.