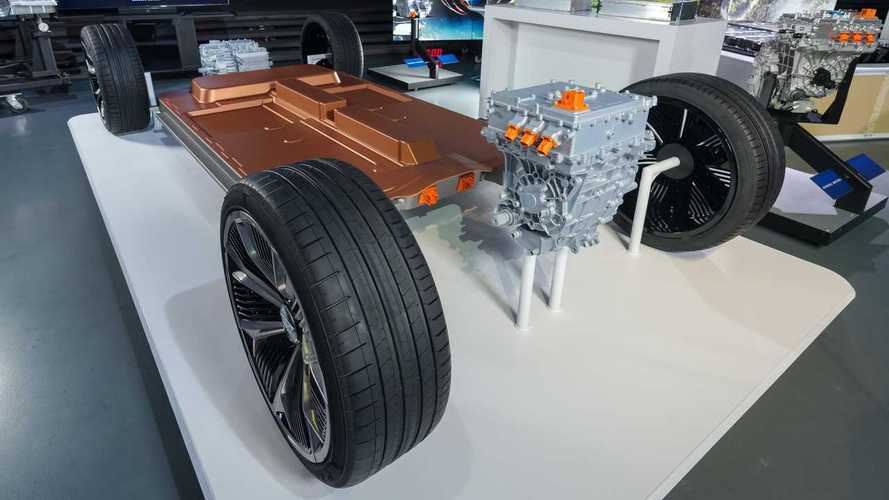 The electric vehicle strategy being pursued by General Motors appears to be, for the most part, unaffected by the global COVID-19 pandemic. In fact, during a call today with auto journalists led by Ken Morris, Vice President Electric and Autonomous Vehicles, the only changes seemed small and positive.

Though it seems like much longer, it was just a couple of months ago – the fourth of March, to be exact – that GM held its big EV Day. At that event, it revealed the depth and breadth of its electric vehicle strategy and showed off its new Ultium battery and flexible EV architecture. It even revealed to the assembled group of journalists and investors ten different upcoming vehicles of various shapes and sizes, including the GMC Hummer EV in both pickup and SUV form, the Bolt EV refresh, and Bolt EUV, as well as the Cadillac Lyriq.

Then, the full extent of the COVID-19 pandemic became more clear, and the world changed. Automobile production ground to a halt and companies turned their attention to supplying ventilators and personal protective equipment (PPE). As far as changes to GM's EV program, the only alterations have been the delay of the refreshed Chevy Bolt EV until 2021, and the postponements of the Cadillac Lyric reveal set for April and the Hummer EV reveal set for May.

To underline this, Morris went through a number of non-changes. The deal to produce two electric vehicles with Honda remains, the plan to boost renewable energy production with DTE continues as laid out, and the $25 billion budget allocated for the EV programs that target the production of one million electric vehicles by 2025 is still in place.

In fact, the only change of any note arose at the tail end of the call when, in response to a question by Bengt Halvorson of Green Car Reports, Morris allowed that one EV program may actually be pulled forward. While we don't know which vehicle that might involve – the most likely suspect to our mind is the GMC Hummer SUV – any move forward is a positive development.

Of course, with only a single plug-in product currently on the market, the Bolt EV, skepticism still runs deep in electric vehicle fandom. This update from the company could alleviate some of that apprehension. After all, if it were not actually serious about its previously-announced EV intentions, the pandemic would be a perfect excuse to pull back on its promises.