Rumor: Tesla Extends Model 3 Assembly Pause To May 9 Because Of Parts Shortage? 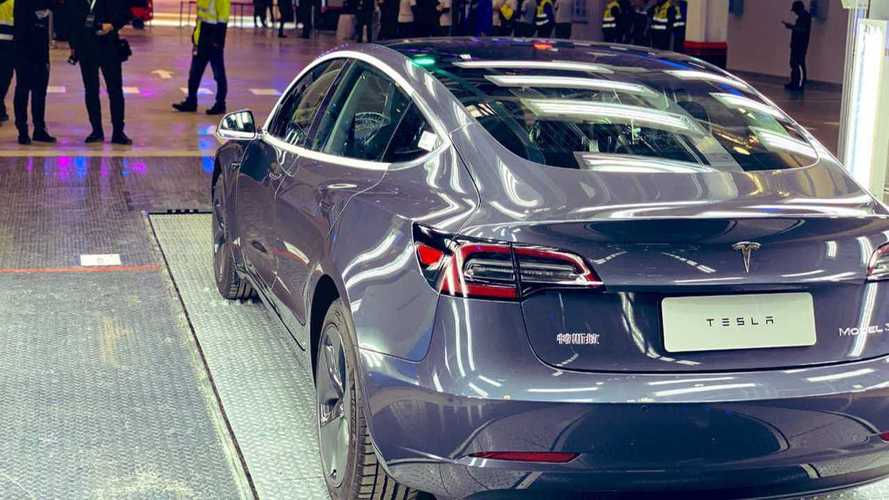 Chinese media reports that the Tesla Gigafactory 3 in Shanghai has not resumed Model 3 assembly on Monday, May 6, which was expected after the extended Labor Day holidays (since May 1).

According to unofficial input from workers, the assembly line should back online on May 9.

It's quite interesting because other rumors are that the demand for the Made-in-China (MIC) Model 3 skyrocketed.

The explanation for this might be the scarcity of parts, supplied from overseas (probably the U.S.), as Tesla did not yet switch to a 100% local supply chain in China.

Some Tesla GF3 processes still on, but assembly halted probably until 9 May. At least in "part, halt is due to scarce parts., #China media on production halt citing unnamed Tesla sources.

Earlier reports guessed Tesla had supply issue as parts stuck in harbors due to pandemic."

Tesla Model 3 Demand Is Booming In China After Price Reduction
⠀

One of the other reasons might be a necessity to conduct changes on a production line, in order to increase its capacity from 3,000 cars per week to 4,000 cars per week, but this is just pure speculation.

Anyways, three or so days of only partial operation of the factory probably will not change the second quarter perspective much, as it's just a matter of 1,000-1,500 units.

The most important thing is whether Tesla will be able to secure a constant flow of new parts in the near future? We assume that in the long run, Chinese suppliers will be able to fulfill all the needs.

UPDATE: In the following tweet, Moneyball reports that the extended pause is reportedly a result of scheduled testing and maintenance:

"Tesla GF3 production lines are undergoing regularly scheduled testing and maintenance. All parts of the operation as planned, Tesla on #China media saying GF3 halted due to supply issues."