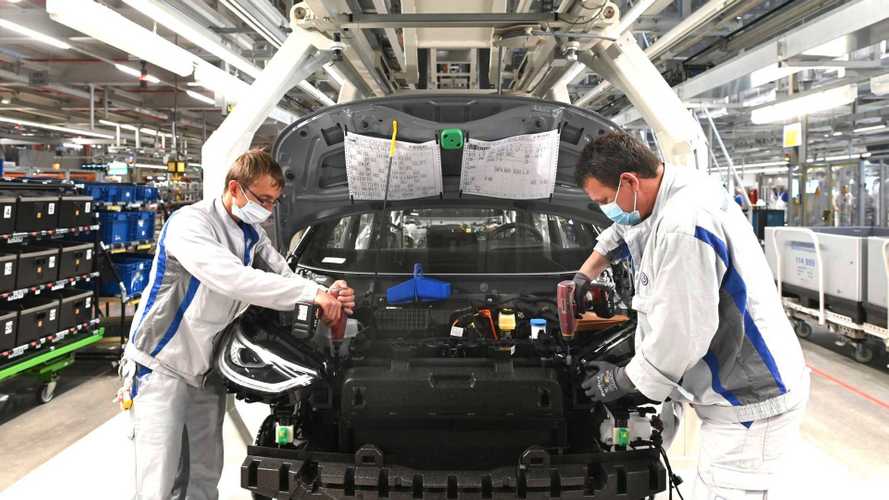 Information was obtained from a leaked internal conversation.

It’s plainly obvious just by looking at what it has to offer compared to the established automakers that Tesla is ahead of them in so many fields. It not only provides the some of the quickest and longest range EVs around, but its Autopilot semi-autonomous driving tech and over the air updates have other manufacturers worried.

According to an internal document that was supposed to be secret but was obtained by Automobilwoche, none other than Herbert Diess, Volkswagen’s CEO, said he was worried about Tesla’s lead in the aforementioned fields.

The source quotes him as saying:

‘What worries me the most is the capabilities in the assistance systems. 500,000 Teslas work as a neural network that continuously collects data and offers the customer a new driving experience every 14 days, with improved properties. No other automobile manufacturer can do that today.’

The article also says Diess wants to implement a plan to try to catch up to Tesla and minimize its lead. He is aware that VW has a long way to go before even coming close, though, not only in terms of tech but also when it comes to valuation.

Even with all its premium brands (Bentley, Porsche, Lamborghini, Audi), the VW group is still only worth about half of what Tesla is worth, according to graphs that Diess passed along to Volkswagen’s top tier executives.

Volkswagen is clearly not going to let this continue at the same rate and the first step is to get the ID.3 out when it’s supposed to be out. And it would appear that even with the reported software issues, the manufacturer has now restarted ID.3 production and it still says it won’t postpone the start of deliveries.