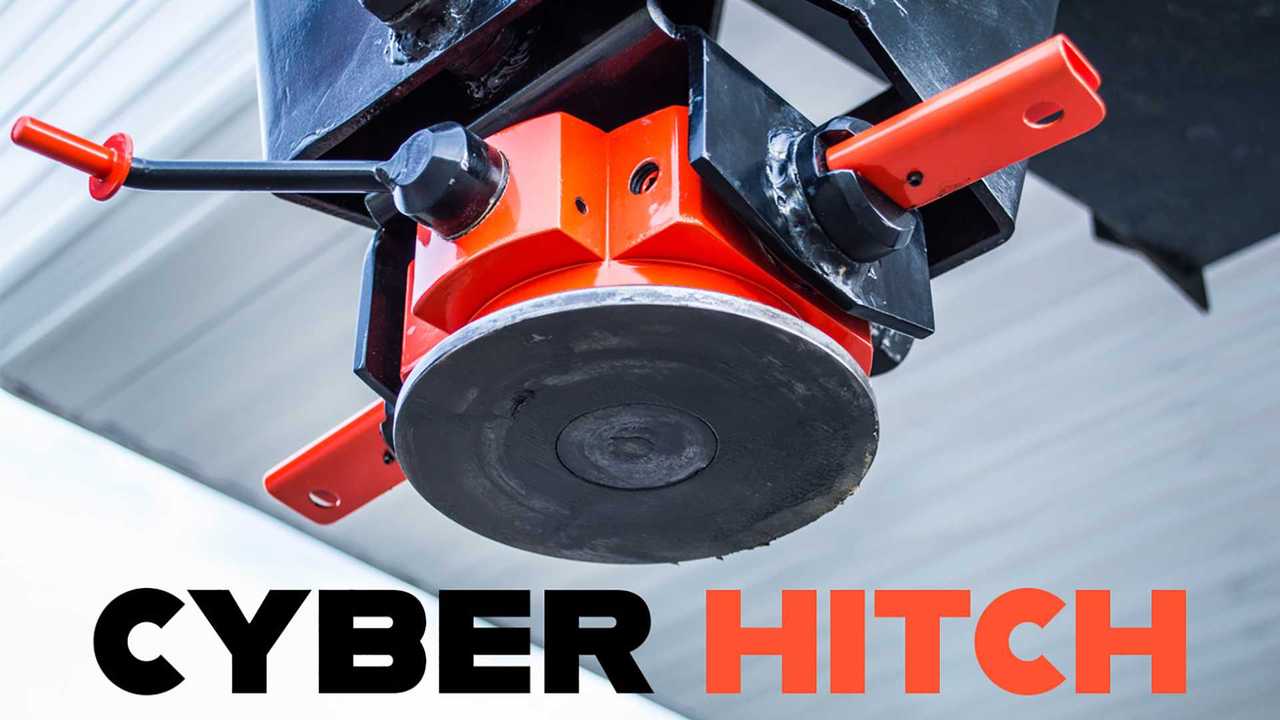 This fifth-wheel-type hitch receiver disappears when not in use.

The Tesla Cybertruck is still a long way from production, but that hasn't stopped some people from developing aftermarket items for it. The Cyber Hitch – described as a "non-intrusive (flush mount), full-motion 5th-wheel hitch" - is a good case in point.

Its creator, Glenn Burns, recently presented his proposed product to prospective buyers of the stainless-steel truck on the Cybertruck Owners Club forum. It would accommodate a gooseneck-style trailer – the hitch is located in the bed of the truck instead of by the back bumper. It appears as if Burns developed a version of this some time ago and has used it on his own truck for some 25 years with no issues.

Spec-wise, it uses a 6-inch diameter coupler with a 2" kingpin. The master locking lever boasts 2 independent spring-loaded locking pins for the kingpin. Burns claims his hitch has a towing capacity of 16,000 but has "future considerations of up to 30,000 lbs."

Burns says he would also like to add some smarts to the hitch, employing sensors to help relay pertinent info back to the driver. For instance, the tongue weight, whether the hitch is open or closed, and the angle of the trailer to the truck are all things he believes could be communicated.

One of the coolest things about the design could also be what prevents it from becoming a reality. You see, the Cyber Hitch is flush-mounted (see image below), which is great because you have full use of the truck bed when the trailer is unhitched. Traditional fifth-wheel hitches require a large receiver bolted down in the bed.

However, this also means that it needs some sort of substructure beneath the bed to attach the receiver to. Being a stressed-skin type of monocoque design, Cybertruck doesn't have a traditional frame, so we can't say with any certainty how this design could be implemented.

Burns, a retired aerospace designer and machinist who worked for Morton Thiokol designing mechanical tools to "build, fix and repair the Space Shuttle booster rockets" as well for the aeronautics division of Rolls Royce, is aware of this potential shortcoming but appears undaunted.

He mentions the amazing response to the beyond brilliant fifth-wheel Cybertrailer and the presence of a tow hitch spotted on the actual Cybertruck which could indicate some sort of solid structure under the skin. We, too, are fans of that trailer and like the idea of a flush-mounted hitch in the bed. So, who knows? Maybe Tesla CEO Elon Musk has or will see it and make some sort of accommodation. We can only hope.