Market share approaches 7%, which corresponds to a new plug-in car every 14-15 new sales.

The number of new registrations amounted to 16,508, which is 141% more than a year ago! The market share as well hit a new record level - 6.88%, which is not surprising because the overall car sales went down 10.8%.

The plug-in hybrids are on the roll now:

The German car brands really are stepping up their game and so far this year, are the most popular in terms of plug-in car registrations:

Tesla again hasn't made any splash with 685 new registrations (610 Model 3), but we know that the volume deliveries usually happen in the third month of a quarter, which might completely change the situation year-to-date.

The top-selling model in February seems to be the Volkswagen e-Golf with a record result of 1,475! The new Renault ZOE was at 1,352. 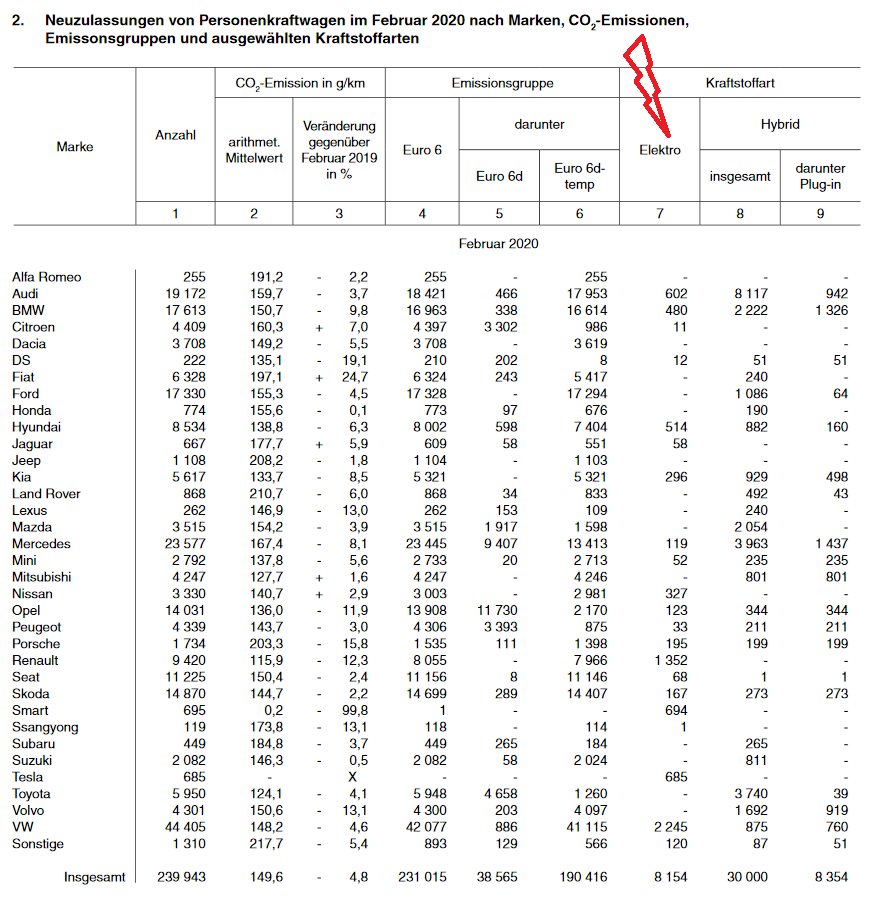