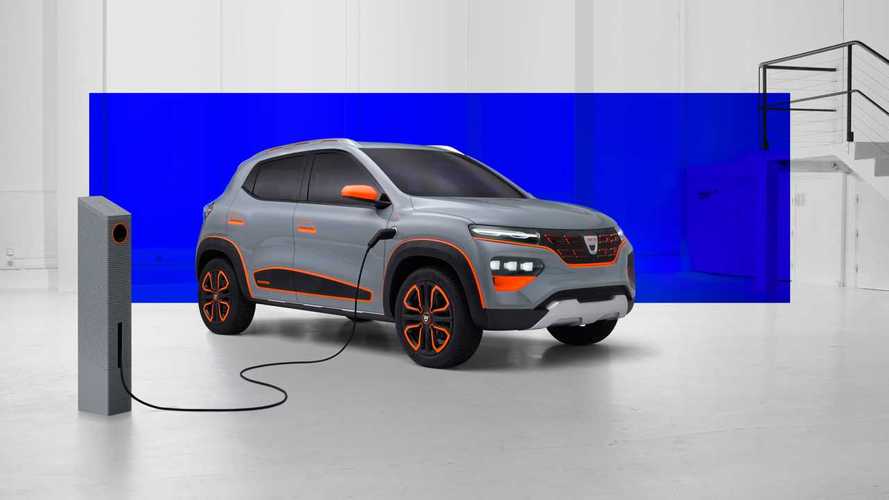 Europe will soon have the right to buy what Chinese clients already can.

When Dacia announced it would present an all-electric concept, we knew for sure it would be the Renault City K-ZE, but some claimed it would be impossible. After all, that EV is based on the Kwid, a car that is deemed as unsafe by uninformed folks. That is probably what made the company deny that until it was time to finally reveal the Spring Electric Showcar. In other words, the first case of a Renault receiving a Dacia badge.

In markets such as Brazil, Turkey, and Russia, what happened was the other way around: Dacia projects, such as the Logan, the Sandero, and the Duster badged as Renault vehicles. The reasons for that were two: the Romanian brand was not present there, but its cars made more sense than Renault’s vehicles in those countries.

Renault Gets Back With Battery Swapping With The Morphoz Concept

The K-ZE is probably the last Carlos Ghosn big project towards electric vehicles. He was the man that pushed Nissan to release the Leaf, but he also knew that EV adoption needed an affordable product to really catch on.

When he presented the Renault Kwid in India, Ghosn also said its platform – known as CMF-A – would help the Alliance have the affordable EV he wanted. The first market to have the City K-ZE was China. Ghosn also said it would be sold worldwide.

It was just a pity that Renaut decided to sell the Kwid in India with an unsafe structure, something Global NCAP denounced. Brazil was about to receive it, and the rejection of that car was immense.

Renault quickly reinforced the car body and, when its Brazilian sales started, it had front and side airbags and a stable structure that allowed it to score three stars at Latin NCAP. It did not receive more because it did not have ESP, which was not mandatory.

The Indian version of the car later received some of the structure improvements, which make it a safer car than most sold in that market. We are not aware of the K-ZE already been through crash tests or not, but we’ll update this article to include them in case they exist.

As for the Dacia Spring Electric Showcar, it is a show car only in the name. The Dacia Spring – probably its final name – will be sold in Europe in 2021 with a 200 km WLTP range. It was time Europe could get the same affordable EV the Chinese can buy for quite some time already. Carlos Ghosn must be laughing out loud in Lebanon.