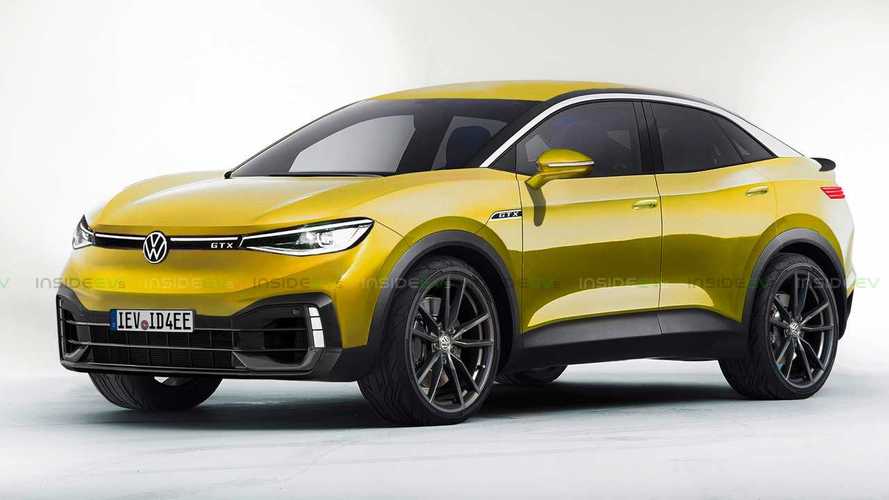 GTX will be the electric equivalent of GTI.

Not making hot versions of its new all-electric models would have been a missed opportunity for Volkswagen, which is why we’re not surprised the automaker is planning a series of performance-oriented, GTX-badged EVs.

It recently showed off an all-wheel-drive, all-electric Golf R, which impressed crowds going sideways on snow in Austria; that one-off concept confirmed the manufacturer is indeed looking at spiced up production EVs, but its first will apparently be a crossover.

According to Autocar, the first GTX-branded Volkswagens will be spruced up versions of the ID.4 (and ID.5, the coupe version of the former). They could be powered by a twin-motor setup, one for each axle, so they will be all-wheel-drive - this is suggested as being the reason for the presence of an “X” in “GTX.”

The ID Crozz concept had a total output of 302 horsepower and 332 pound-feet of torque, and it also sported an 83 kWh battery pack that provided a claimed maximum range of 311 miles. However, with the GTX being a high-performance model, its range could drop compared to that of its more pedestrian stablemates.

Nevertheless, the production version’s specs may vary, but at the same time it needs to be competitive against the likes of the Ford Mustang Mach-E or Tesla Model Y. Plus there will be additional competition from within the VW group, since SEAT's performance sub-brand, Cupra, is also planning to launch its own high-performance high rider based on the same MEB modular platform.

The production ID.4 (and possibly the ID.5) are expected to debut at the 2020 New York Auto Show this April Detroit Auto Show in June, with a price tag starting around the $40,000 mark. But you don’t have to wait until then to see what it might look like - I’ve gone ahead and tried to anticipate what the series version of the ID.5 will look like with the rendering in the opening of this article; the hot GTX version is in the opening shot of the article, while the regular ID.5 is above this paragraph.