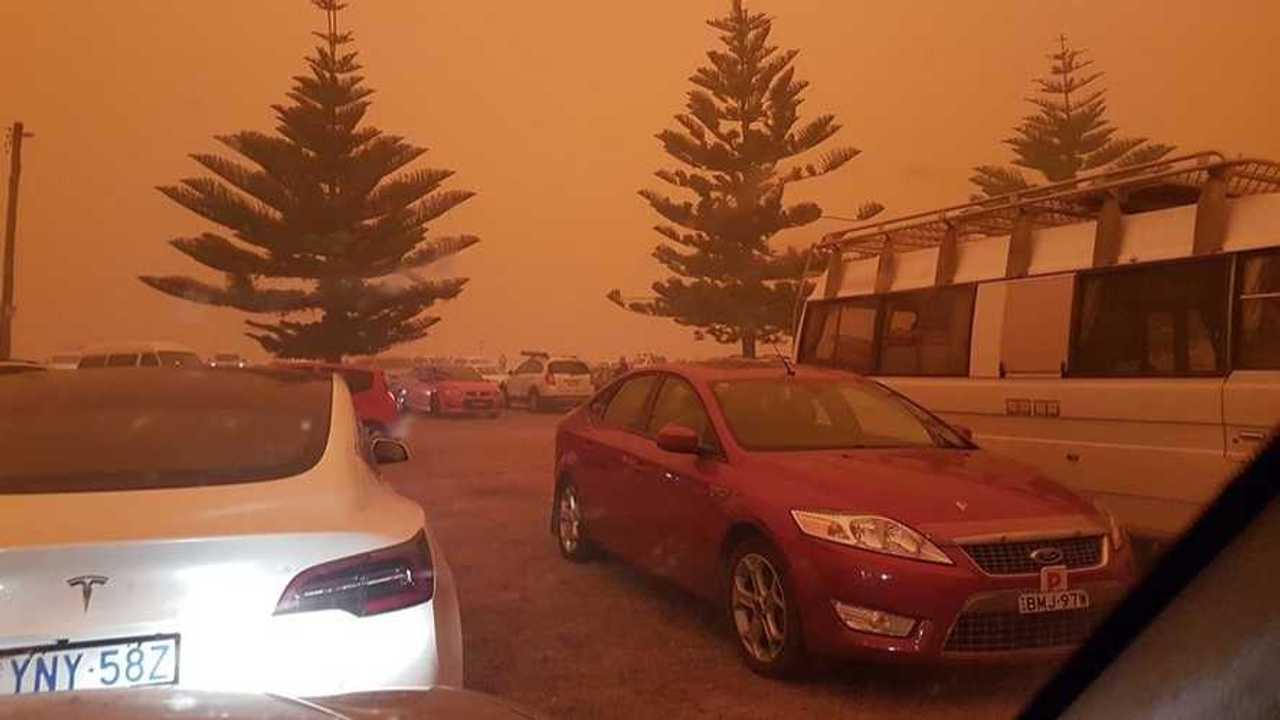 You may have heard about the widespread bushfires that affected huge swathes of Australia. They were especially severe last summer (some are still burning to this day) and they forced people to escape, which many did in their cars.

It was in these conditions that electric cars proved they hold several advantages over internal-combustion cars, according to Garry Thorpe, a Tesla owner from Canberra. His Model 3 Standard Range+ was “brilliant” and it protected him and his family from the plumes of smoke that made the air unbreathable.

He detailed what happened to him and his family on a Facebook group dedicated to Aussie EV owners. They were at a holiday home close to the coast in New South Wales when fire alerts were issued and proceeded to move everybody close to the beach, where it was deemed safer.

At one point, Garry reports the wind shifted and all the smoke was blown their way. It was at this time that they enjoyed the benefit of having the air conditioning on (and set on recirculate) without the need to have an internal combustion engine running; he reports “hardly any smoke” made it into the cabin.

He also points out that he could really rely on his EV in an emergency situation and had no problem keeping it charged. In fact, when it all started, the Model 3’s battery was about 90 percent charged and he was able to keep it charged throughout their three-day ordeal (despite running constantly having the air-con on and running multiple errands) - Garry even goes so far as to say it was easier to find electricity for his EV than it would have been to find fuel.

This is a pretty interesting story that may put EVs in a new light for some. You can check out his entire post on Electric Vehicles for Australia.