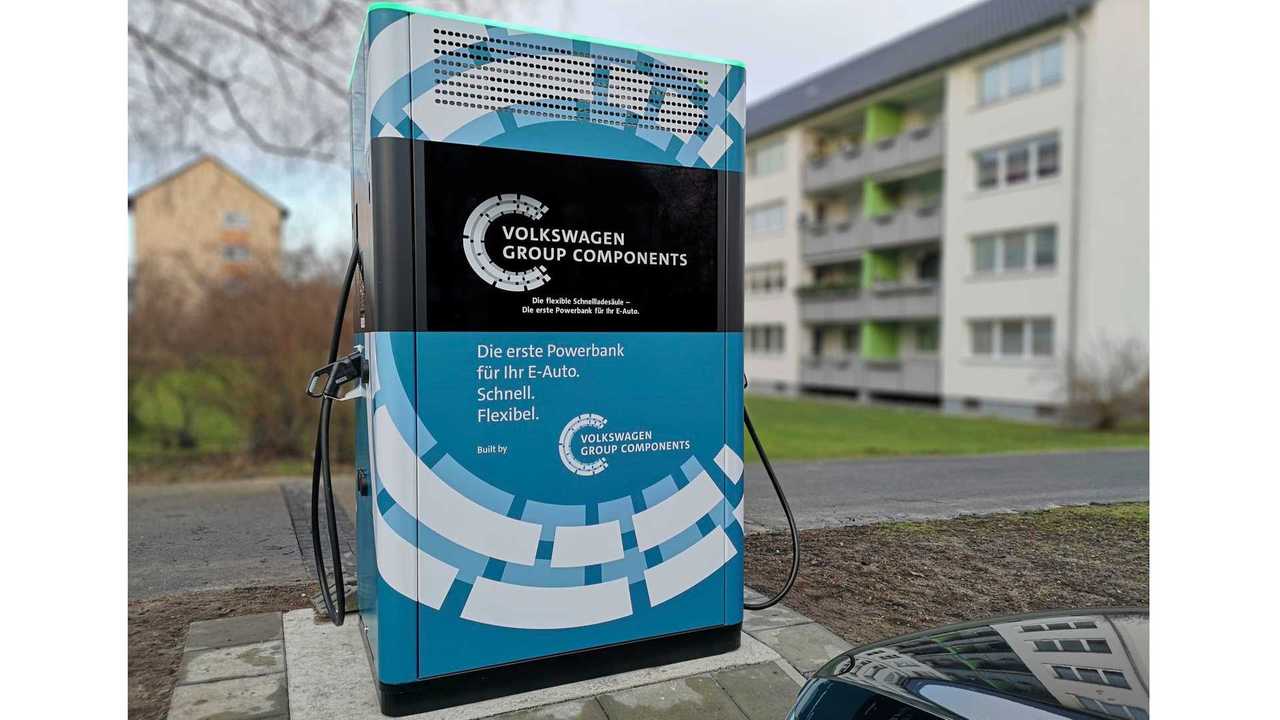 The Mobile Charging Stations are equipped with up to a 360 kWh battery and can deliver up to 100 kW of DC power.

As of January 2020, there are 12 delivered (9 installed permanently, while another three are deployed depending on the particular need/events).

The chargers can deliver up to 100 kW of power (CCS DC Combo), and are widely independent of the grid connection, having up to 360 kWh battery inside.

On the 80th birthday of the Wolfsburg city (where VW Group’s headquarters is), Volkswagen is offering 80 weeks of free charging for the citizens.

Here is a map with permanently installed chargers:

In the near term, Volkswagen is expected to not only install more such chargers in Wolfsburg, but expand to other places.