The Dirty Tesla YouTube channel gives a pretty convincing explanation for that.

When I wrote “The Four Sides Of A Tesla Autopilot Crash Are Revealed By NTSB,” I did not know that Tesla says Autopilot may not work in some situations. One of them is precisely the one that happened in that accident. Thanks to this Dirty Tesla YouTube channel video, I am now aware of that. So this article joins Dirty Tesla’s effort to make this clear: Autopilot will probably not stop for service vehicles parked in lanes of traffic.

Gallery: Why Autopilot Doesn't Avoid Crashes With Service Vehicles? Learn With This Video

The video explains why in a very competent way and reminds viewers that Autopilot is not a full self-driving software. It is a useful assistant to make your driving safer.

Here’s the major irony about it: Everyone demanding to simply have it forbidden for the sake of traffic safety is, in fact, working against it. 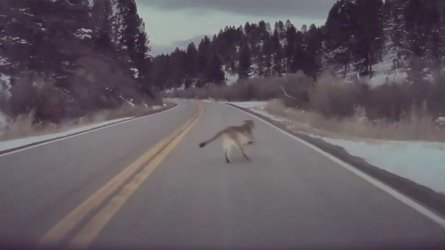 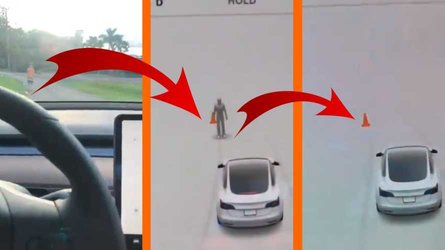 But there is abuse, much more than there was supposed to be. Tesla is fully covered against them by its disclaimers and the fact that the software is a beta. In other words, Tesla is saying that it is not production-ready and that users are actually helping to develop it rather than taking benefit – even if they do.

In that sense, Autopilot abusers are more dangerous than the people that want to get rid of it. The former give the latter arguments to fight the technology.

The press is also not doing the best job possible. With Autopilot constantly under scrutiny, bringing up any accident involving a Tesla just because it is a Tesla does not make sense. There has to be a reason that justifies it. If it is a Tesla using Autopilot, it is not necessarily the cause, as some articles may imply. But this is not entirely the press’ fault.

Tesla does not communicate well with us. It does not answer anything that is not convenient for it. It does not offer its vehicles for press evaluation. The only way to properly write about the company’s cars is to own one.

With that scenario, owners with this knowledge wonder why journalists make mistakes about the company’s cars, terms, and conditions. Well, that’s the reason: inefficient communication. This approach inevitably leads to mistakes, and nobody wins: nor Tesla nor the press.

We thank Dirty Tesla for the useful information and the valid questioning about the media work. Make sure you watch the whole video.

Tesla Autopilot will surely remain under scrutiny. Not only because it is a revolutionary proposition, but mostly because it is still a beta, prone to things not working as they should – hence the continued testing.

People will always want to read about Autopilot. If you love it, make your best efforts to use it properly and safely. Not doing so will either force you to read bad things about it or turn you into the news. According to Dirty Tesla, if it is properly written, it should read: “Driver crashes while not driving at the driver's seat.” And that would prompt comments such as “What an idiot.” Remember: that could be a reference to you. Drive safely, with Autopilot or not.