You won’t ignore the open door chime after watching this.

Driving with one (or more) of your doors open and smashing it into a stationary object can be a costly mistake for any car owner. But if your ride happens to be a Tesla Model X, that has dramatic dual-hinged rear doors that electrically raise and lower with part of the roof, you can imagine the bill will be even higher.

The woman in this video can be seen stopping just outside the garage to let the kids exit the vehicle, but after doing so, only one of the Tesla SUV's rear doors closes, apparently unbeknownst to the driver. She proceeds to pull into the garage and the raised left rear door hits the building, buckling with a bang. 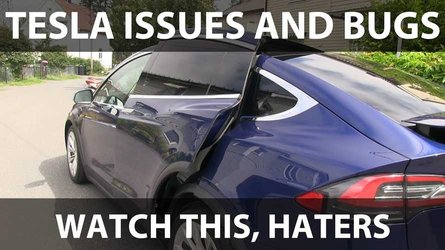 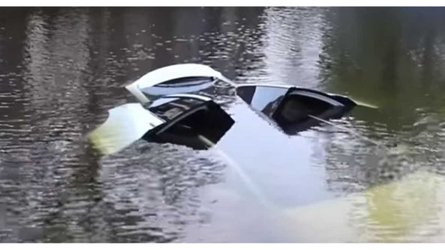 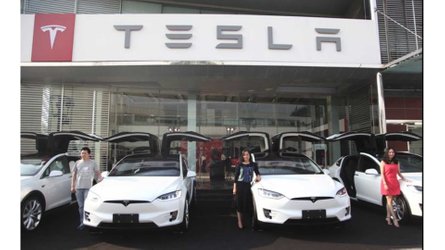 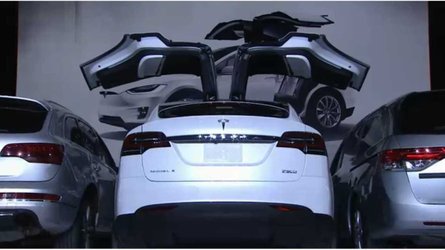 If you listen closely, the car is clearly alerting the driver with an audible warning, yet she keeps driving forward until the inevitable happens. The rear doors do have their own proximity sensors, but they’re only there so as not to allow the door to open where there isn’t enough room.

There’s another sensor on the roof, and its task is to detect overhead obstructions. But again, its purpose is to alert the driver when the vehicle is stationary - it’s not a parking sensor for the top part of the car; it’s more or less useless if you choose to drive the Model X with one or both rear doors open.

While doing a bit of research on how exactly the Falcon Wing doors operate, I came upon another very similar Model X garage crash incident. It's almost the exact same situation, but in this video, the door hits the building while the vehicle is being reversed out.