UPDATE: MM-Artega Deal Means Both The Microlino And Karo Will Live

The Karo, with limitations; the Microlino, only from 2021 on.

Merlin Ouboter promised to release news about the Microlino in 2020. He did not wait long. On January 2, he told us that Micro-Mobility had reached an out-of-court agreement with Artega and TMI for them to part ways. To get that, Micro-Mobility allowed Artega to produce the Karo, but with limitations. In exchange, it will not have to build the Microlino with Artega anymore. The new manufacturer will be CECOMP, an Italian company that you may not know by name, but which creations you certainly have admired somewhere. 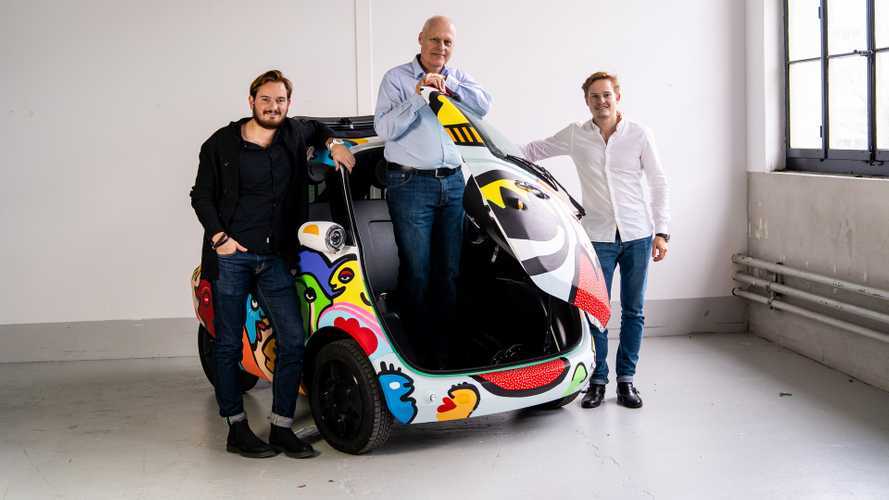 CECOMP creates prototypes, show cars, and other beauties. It has produced the Lancia Fulvia Coupé Concept in 2003, a car that could probably have saved the iconic Italian brand. It was also the manufacturer of the Bolloré BlueCar, a vehicle used in the Autolib EV sharing program in Paris.

⠀ What A Twist: Former Artega CEO Is The New Microlino CTO
⠀ Microlino Wins Another One Against Artega In German Courts

The list of cars created by CECOMP is long: Icona Vulcano, Toyota MR-J, Ferrari 575M SuperAmerica, the original Toyota iQ Concept, and the NLV Quant, a famous flow-cell vehicle that resulted in the nanoFlowcell Quant F and Quantino.

“The intensive testing of our 22 pre-series cars has shown us that the current development status does not satisfy our expectations in terms of driving performance, quality and safety. We therefore need to change more things than initially expected.”

These engineering issues will postpone the Microlino production to 2021. Since Artega built these prototypes, the German company will probably rush to deliver the Karo as it is. That can give Artega a headstart that Merlin Ouboter, Micro-Mobility’s CMO, does not think that will make much difference.

“At the end of the day, the quality of the product will decide who will be successful or not. I don’t know Artega’s production plans and what exactly they did with their Karo in the last few weeks. But given that it is based on the Microlino, bigger changes would require quite some time. Without them, it will be difficult to achieve a high-quality status and nice driving behavior while also keeping costs under control. On the other hand, I also think that the market is big enough for two players and we didn’t want to rush into the market with a product which we could not stand behind 100 percent.”

Anxious customers may rush to have the Artega Karo. If it has quality issues and is too similar to the Microlino, that may affect the reputation of Micro-Mobility’s product. It will be quite a challenge for the marketing, or else, to Merlin Ouboter.

Artega still has not said a word about the agreement, but we will update this article as soon as it does. If the soap opera has finished, the battle for the customer’s preferences promises to be movie material. Get the popcorn.

Artega has updated its website and says it will start selling the now called Karo-Isetta immediately. The car would have been "officially acknowledged towards the heirs of the Isetta father Ermenegildo Preti as the successor to the 1950's ISO Isetta." The first deliveries are scheduled to happen in April 2020. Here's what Klaus Dieter Frers, CEO of Artega GmbH, has to say about the deal.

"In the end, what we have always said has been confirmed: The termination of the distribution agreement will allow Artega to meet higher quality and safety standards according to our own vision. Now that the restraints on competition have been lifted, Artega can finally exploit its full potential and scale quickly."

Zurich 3. January 2020. Already end of November 2019, Micro Mobility Systems and TMI/Artega settled their disputes out-of-court. From now on, both companies will go separate ways and stop working together. Micro allows Artega to bring to market a cabin scooter based on the Microlino with the name “Karo” and Micro will bring its Microlino on the market independently. “We are happy that we have finally closed this chapter and can now fully focus on our vision of this new product category between motorbike and car”, says Wim Ouboter, founder of the company and kickboard-pioneer.

The production start for the Microlino is scheduled for next year. “The intensive testing of our 22 pre-series cars has shown us, that the current development status does not satisfy our expectations in terms of driving performance, quality and safety and we therefore need to change more things than initially expected”, says Wim Ouboter. In order to achieve this as quickly as possible, the company has appointed Peter Müller as their new CTO in September. Peter Müller is a former executive from BMW and Porsche and other companies in the automotive and motorbike industry. He will use his extensive experience in the automotive and motorbike segment, to get the Microlino series ready as fast as possible.

The Italian family company CECOMP was chosen as the new production and development partner. CECOMP was founded in 1978 by Giovanni Forneris and was involved as model- and prototype builder in many iconic vehicles like the Lancia Delta Integrale and the Golf 1. In 2011, the company introduced the the “Bluecar” to market, for which it was the contract development and production company. The car was used in Bolloré’s “Autolib” Sharing, among other car sharing schemes around the world. The company is run by the second generation Gianluca and Paolo Forneris and has 5 production sites in Europe for prototypes, small and medium series vehicle production and aluminum body parts production. In addition, the company is a shareholder of the world’s biggest automotive design firm Icona, with offices in Turin, Los Angeles and Shanghai.

Currently, Micro has more than 16'000 reservations for the Microlino. Despite the delay and waiting times, the company is optimistic: “In the end our customers will thank us that we made this hard decision to further improve the car before going to market. We are a Swiss family company with 20 years of tradition in urban mobility and are known worldwide for innovative products in high quality. We want to live up to this reputation with the Microlino as well”, says Oliver Ouboter. His brother Merlin adds: “The Microlino 2.0, how we call it internally, will be many times better than the current version. Massively better driving performance, improved ergonomics, better maintainability and also producible in high quantities. The patience will pay off, even though we can’t wait either to finally bring the Microlino into mass production.”

Micro Mobility Systems AG develops innovative, urban mobility solutions for children and adults. It aims to contribute to a better urban lifestyle with its products. In 1999, Micro Mobility Systems AG launched their first collapsible scooter. It was a huge success, selling millions. Cooperations with various international brands have included the development of e-scooters together with BMW and Mercedes and the development of a mobile suitcase with footboard developed in conjunction with Samsonite. Micro Mobility Systems AG was founded in 1996 by Wim Ouboter in Küsnacht near Zurich and has been family-run ever since. The company sells its products in 80 countries and over 6,000 stores. In 2015, development started for the electric citycar Microlino, led by Wim Ouboter’s sons Oliver and Merlin. The Microlino has won several design awards and more than 16’000 people have already reserved one.