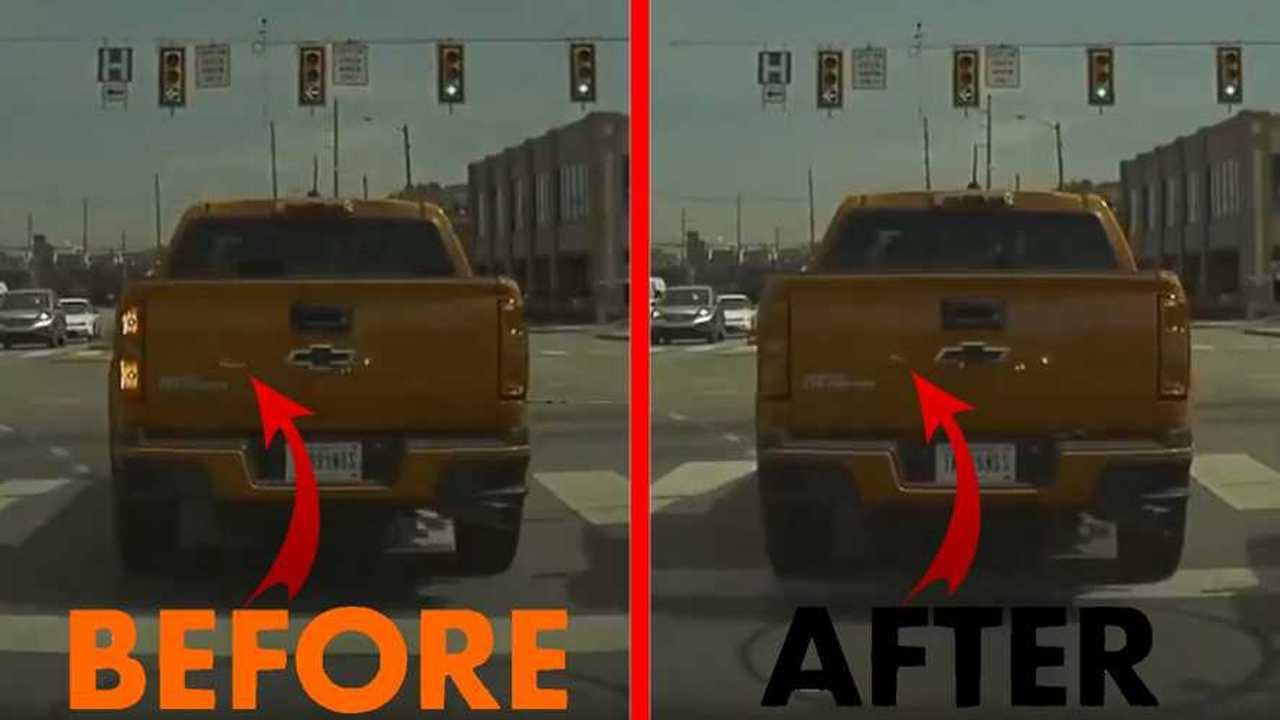 It was actually in use, as the truck tailgate shows.

You have already seen the TeslaCam save Tesla owners from bad guys, but probably never from the good guys. At least not in such a direct fashion as this one. To do so, you have to prove you did not break the law, or else, that you are not among the bad guys. This Model 3 driver escaped a fine for not using the turn signal when he actually was only because the video shot by his Tesla came to rescue him.

The video is cleverly edited. It shows and repeats the precise moment in which the turn signal for the left blinks, reflected on the Chevy truck tailgate. If you have not seen it already, have another look at the video in the tweet, and you will have that chance.

“Tesla Crossroads of America” does not specify how or when he had the chance to dismiss the ticket. Probably not immediately after the police officer ordered him to pull over unless he had a laptop around.

That is why some Tesla owners ask the company to allow them to watch the videos on the touchscreen, for example. That would be a great solution, even if it demanded to park the car to perform that.

Apart from the improvements, the fact is that this Model 3 owner is just happy to have TeslaCam as it is. It provided a sense of safety that makes it not relevant if the ticket was already canceled or if it will be in a few days. The fact is that it cannot stand with the evidence the video provides.

Legacy automakers are still trying to come up with something remotely similar to what Tesla has in terms of batteries. Meanwhile, the American EV manufacturer advances in fields where they do not even aim to compete, such as Tesla Sentry Mode, Autopilot, Smart Summon, and TeslaCam.

Will they react more quickly and effectively? Will they present real competition to what Tesla already offers? We’re still waiting. So are consumers.