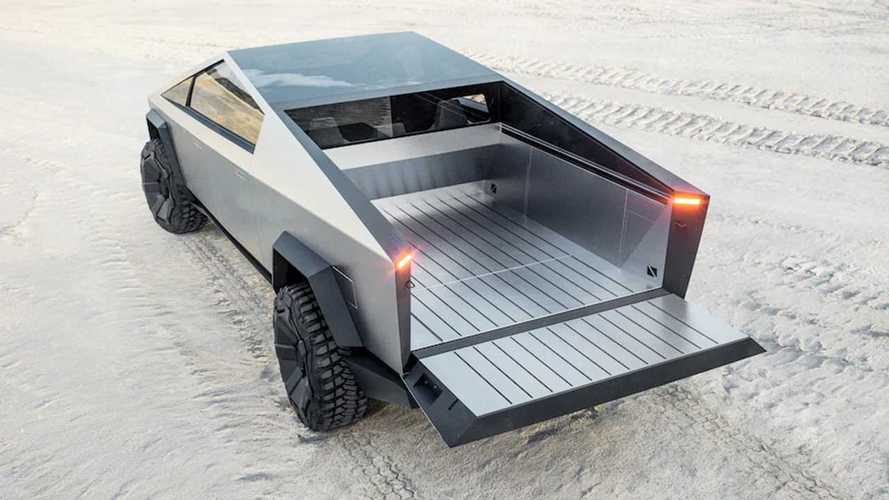 This is a critical metric for pickup truck aficionados.

Based on a recent tweet reply from Tesla CEO Elon Musk, the Tesla Cybertruck may have at least one leg up on the Rivian R1T all-electric pickup truck, which aims to be one of the Tesla truck's most significant rivals.

Aside from its arguably funky headlights, the Rivian R1T's design has caused concern for some hardcore traditional pickup truck fans due to its small bed. The Tesla Cybertruck may be ridiculously funkier as a whole, but it's clearly highly capable, versatile, and tough. Not to mention its bed will offer some special features.

Will The Tesla Cybertruck Pave Rivian A Solid Road To Success?

One "advertised" plus for the Tesla truck bed is that it doesn't have wheel wells that protrude into the storage area, though the bed itself is short (not unlike many extended cab trucks). However, most pickup trucks offer longer bed options to accommodate materials like a 4x8 sheet of plywood.

As is usual following Tesla's reveals, there are still many burning questions about the Cybertruck. One such question recently appeared on Twitter, posted by Ron Pomeroy (@Ragnvaldr1). In true Elon Musk style, a reply came from the seemingly social-media-addicted CEO almost instantly. Interestingly, it's important to note the Musk may or may not have been in court at the time of the tweet:

So there we have it. Musk has agreed to add a "flip stop" feature so that a 4x8 sheet of wood will fit in the bed and be appropriately secured as one might expect. Rivian still has time to follow suit here and add such a feature before its R1T comes to market. We can only hope the startup electric automaker will take notice and make necessary adjustments.