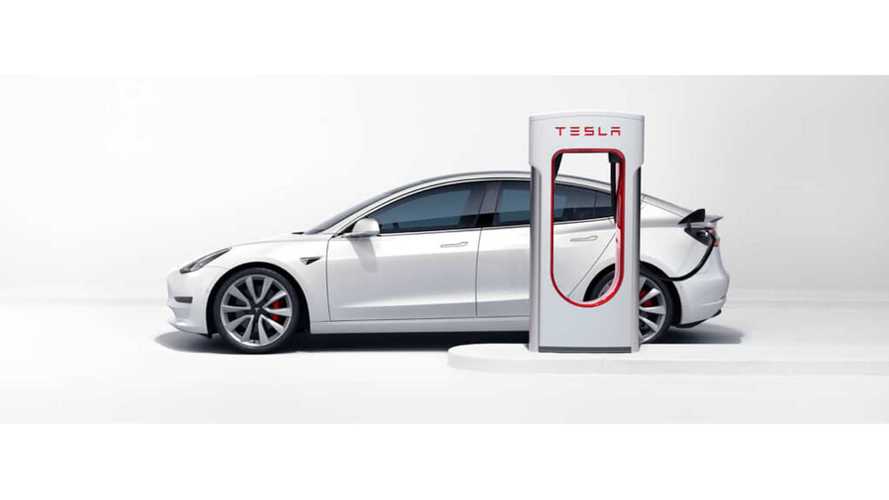 200 kW of power for Tesla Model 3 Mid-Range should shorten Supercharging time quite significantly.

We have a confirmation that Tesla's new over-the-air updates unlocked higher Supercharging power rates not only for the Tesla Model 3 Standard Range Plus (to 170 kW), but also for the Mid-Range version too.

According to Electrek, the later is now able to get up to 200 kW, compared to 120 kW previously. That power matches the new Model S/Model X Raven versions.

After the update, both models are now also able to fully utilize V2 Supercharging stations, that in most cases should be able to deliver up to 150 kW (some sites are limied to lower power).

The update potentially might be worth up to a quarter of an hour less time when charging from 20-80%.

The full 250 kW rate at V3 Superchargers so far can be utilized only by the top of the line Long Range Model 3 versions, and only for a short part of charging process.