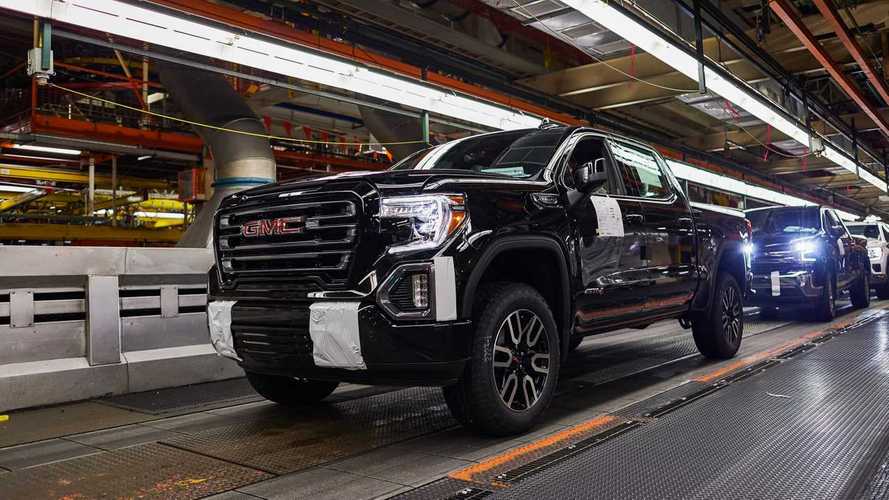 This, according to a company that uses intel and inside information to forecast future plans.

According to a recent report from The Detroit News, General Motors is moving forward with plans to produce electric variants of the GMC Sierra, Cadillac Escalade, and Hummer all out of its Detroit-Hamtramck manufacturing facility.

The news came from LMC Automotive, which is a company that forecasts automotive industry plans by gathering inside information and intel from the industry. At this point, it's all but confirmed that substantial investments and plans are underway. Now, it's just a matter of time.

Keep in mind that GM already made it official that over 20 EVs are on the way. However, its original timeline seems to have been pushed back indefinitely.

If you regularly follow InsideEVs, you probably well know that we tread lightly when it comes to rumors. In fact, if we cover them at all, we work to make it clear by putting "Rumor" or "Rumor Mill" in the title and/or categorizing such stories as Rumors.

We often point out in stories — especially those from mass media organizations like Bloomberg, Reuters, and Business Insider — that the information was obtained from "sources familiar with the matter who request to remain unnamed."

With the said, The Detroit News tends to have a pretty solid grasp of Big Three happenings, and LMC Automotive has been doing its homework here, with specific focus during and following the recent UAW strike. The publication reports:

"As a forecast company, LMC gathers intel from sources in the industry. From that, it has confirmed that GM will build a Hummer pickup truck and SUV in late 2021, Jeff Schuster, industry analyst with LMC Automotive told The Detroit News. A still-unknown van model is also expected to be built at the plant starting in 2021.

In mid-2023, production of the Sierra and Escalade will start at the plant, LMC also learned."

While GM has declined to comment on the story, its Hamtramck plant will be back online after the new year. Moreover, recent negotiations with the UAW clearly point to reopening the facility with the intent to produce electric trucks and vans. In fact, GM has committed to investing $3 billion toward the effort.