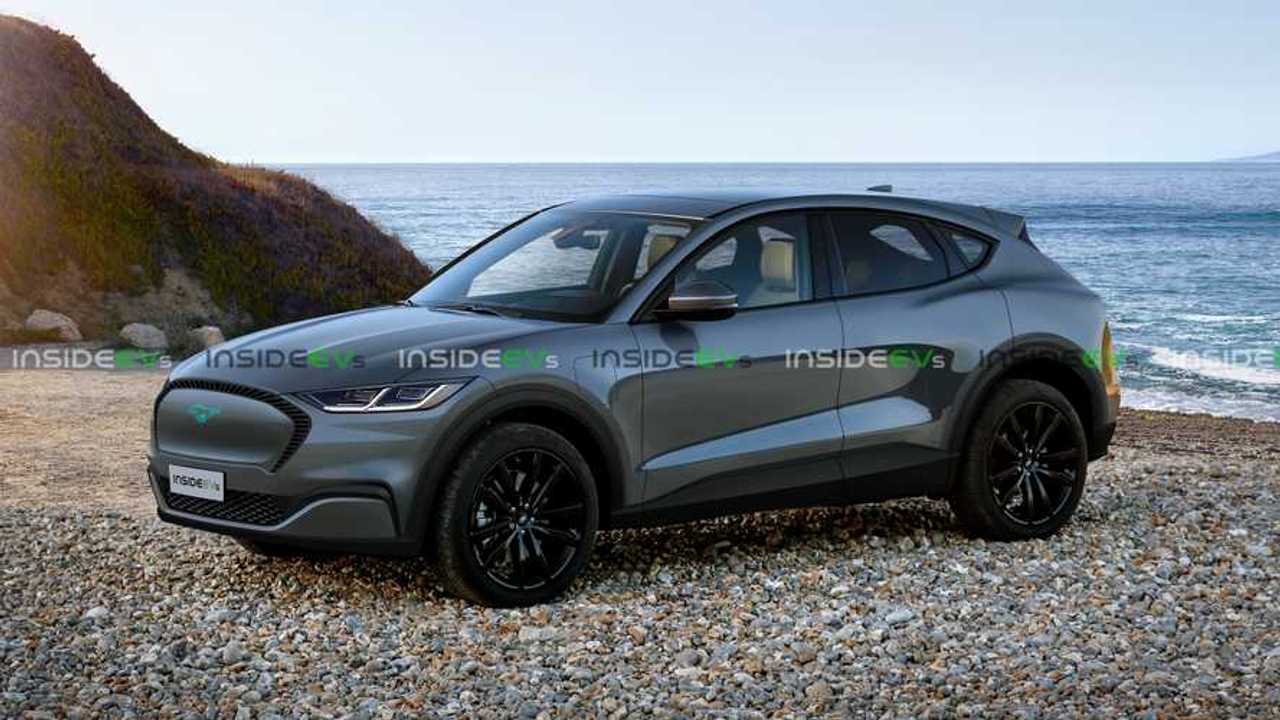 Recent spy photos get rendered to give us a hint of what to expect.

Recent spy photos of the actual Ford Mustang-inspired electric crossover were used to bring the EV to life in these new colorful renderings.

Ford will officially reveal the electric crossover on November 17 and we'll be on the scene for the debut. However, ahead of the unveiling, we get some new looks at the Mustang-inspired electric CUV via these exclusive new renderings.

Outside of knowing pricing information, we do indeed have a lot of knowledge on what to expect from the Mustang-inspired electric Ford. Via various press releases and some unintentional leaks, we know the following.

The targeted EPA range is 300 miles (483 km), when equipped with an extended battery and rear-wheel drive. The European Ford press releases say up to 600 km (370 miles, says Ford) of range under the WLTP test cycle.

The most important conclusion is that there will be not only the extended battery but also simply a standard battery option, with less capacity, less range and priced more affordably.

In the case of drive, it was obvious from the start that the "performance" BEV requires use of a dual-motor all-wheel-drive system (with one electric motor per axle). The latest official message confirms that there will be a rear-wheel-drive version too.

The charging power also was confirmed at 150 kW in the case of the extended battery version (the smaller pack probably will be rated at lower power).

Electrify America, in confirming a tie-up with Ford, put out this information, which was later retracted:

"Ford will be releasing its all-new, Mustang-inspired electric SUV, that has a targeted EPA-estimated range of 300 miles with an extended battery and rear-wheel drive, in late 2020.* The vehicle’s 150kW charging ability will allow very quick charging speeds on Electrify America’s 150 to 350kW network.** Ford estimates that its all-new, all-electric Mustang-inspired SUV will be capable to charge up to 47 miles in 10 minutes using Electrify America DC fast chargers, providing peace of mind for customers to be able to charge in minutes, not hours."

The Ford Mustang-inspired electric SUV will likely put some pressure on Tesla with its upcoming Model Y. It's worth pointing out that Ford still gets the full $7,500 tax credit benefit in the U.S., whereas Tesla isn't expected to have any tax credit remaining when the Model Y launches. Ford is expected to sell this electric crossover globally.

This puts Tesla at a disadvantage, but the Supercharger network and coolness factor associated with Tesla (as well as a long history with electric cars) could still sway buyers to favor the electric-only Tesla brand.

Lastly, here is a gallery of recent spy shots of the electric CUV: