It appears Tesla is pushing harder toward Full Self-Driving capability.

Tesla recently updated its Smart Summon feature and eventual Full Self-Driving software to not only detect construction cones but also visualize them on the car's touch screen. Of course, whatever a car like the Tesla Model 3 can "see," it should be able to avoid without fail. If you can't detect it, you probably can't avoid it.

This is a huge push forward for Tesla's Smart Summon technology, as well as a major advancement in the autonomous vehicle race. Previously, owners and organizations tested Tesla's Summon and Autopilot features against inanimate objects, like cones, crash test dummies, cardboard cutouts, and the like, only to learn that it often doesn't avoid such obstacles. 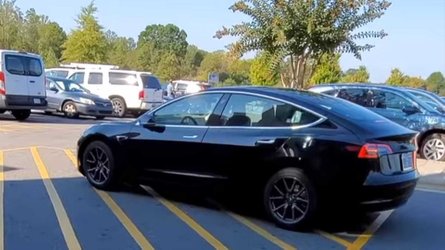 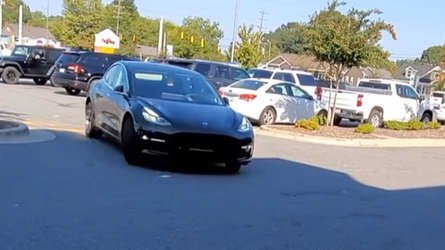 With Tesla Smart Summon And Eventual Self-Driving Cars, Who's Liable?

Fast-forward to this latest update and you can actually see the cones on the car's screen. Moreover, many new tweets and videos work to prove that Tesla's vehicles will avoid cones.

Tesla may still have a long way to go before its cars are deemed "Full Self-Driving." However, it seems to be far ahead of other automakers and tech companies. This is due in part to the company's real-world testing, its immense amount of data, and its incremental over-the-air software updates.

Perhaps it's high time for Consumer Reports to check out the Smart Summon feature again? The organization tested it very early on, during a time that CEO Elon Musk said many improvements were coming soon.

With software updates coming into play so quickly, sadly, these organizations probably can't even begin to keep up. For this reason, it seems they almost always test early on, provide a bunch of negative feedback, and fail to update tests for some time.

We've also included Omar's followup video below. As you can see, the construction cones have multiplied.

Testing Tesla's Smart Summon in a parking lot with damaged portions covered by a traffic cone.

Tesla Smart Summon navigating around construction in a parking lot

Smart Summon navigating a parking lot with a blocked-off section. This is a follow-up video to when the area only had a traffic cone.

Do you like YouTube's free terrible music? You're welcome world!