September was down almost 26%, but it was actually the 2nd best result so far this year.

September 2019 brings us a noticeable decrease of plug-in electric car sales in the U.S. for the third month in a row, as the second-half of 2018 was simply an exceptionally high base (due Tesla Model 3 ramp-up).

There is a strong probability that the downward trend will continue at least through the end of this year, before it will be able to finally rebound.

Anyway, there is also a small positive - as the overall car market decreased by some 12% in September, phe lug-in market share increased to nearly 2.6%, the highest level so far this year (still down from over 3% in 2018). 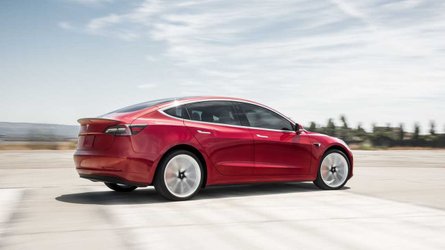 Here is a quick look at Tesla Model 3 sales, which stays strong this year despite only a fraction of the available federal tax credit and without a long pre-launch order-backlog.

Almost every second plug-in car sold in the U.S. so far this year (47%), according to estimates, is a Tesla Model 3!

The LOL chart in September doesn't bring any change in trends - just the scale needs to be constantly increased because of the Model 3.

At #10 we see the retiring Chevrolet Volt, once the best selling plug-in model.