Or, it's just going out of its way to drag the EV automaker down with anti-Tesla FUD.

The New York Times has a history of publishing anti-Tesla articles (to be fair, so do many other mainstream media outlets, including Elon Musk’s hometown paper, The Los Angeles Times). 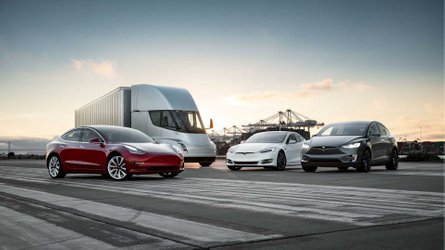 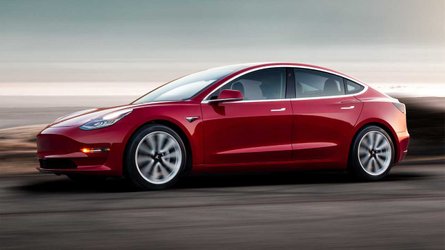 In 2012, the NYT published an account of a road trip in the then-new Model S that writer John M. Broder chose to turn into a turd-in-the-punchbowl story, claiming that his Tesla ran out of juice and left him stranded in the snow. What Mr. Broder didn’t know was that Model S records everything in a log, like an airliner’s black box, and that Tesla had access to this data (he was surely also unaware of Elon Musk’s typical reaction to public criticism).

Tesla said the logs showed that Broder had deliberately run down the battery in order to get a juicy contrarian scoop. The Times grudgingly conceded that Broder had “left himself open to valid criticism.” The story spread to news outlets on every continent, and dozens of Tesla enthusiasts reenacted Broder’s midnight ride for themselves. In the end, the controversy made a lot more people aware of the young company and its vehicles. Elon Musk had played the New York Times like an electric violin (see my 2017 book for a full account of this entertaining interlude).

In June of this year, the Times took another road trip, and published another anti-EV piece, arguing that the “grand vision” of electric vehicles as the cars of the future “may founder on something most drivers take for granted: the pit stop.” In short, the argument is that EVs aren’t ready for prime time because they’re inconvenient for long road trips.

However, this time the Times didn’t take a trip in a Tesla. Reporter Ivan Penn drove a Chevy Bolt from Los Angeles to Las Vegas, a 540-mile round trip, stopping along the way to charge and to solicit negative comments from other drivers.

Some of the charging caveats mentioned in the article are legitimate - one sometimes has to wait for a charging station, especially at busy locations and times, and stations can also be out of order or blocked. Chargers are sometimes slower than their advertised top speeds, especially when more than one car is plugged in (savvy Tesla drivers know to avoid paired chargers when possible). The Times seems to have had particularly bad luck that day - in two cases technical foul-ups prevented the Bolt from charging at the fastest rates.

People who live in multi-unit dwellings such as apartments or condos, or anyone who doesn’t have an assigned parking space, may not have any good options for charging their EVs. This is a real issue, but the example the Times chose to dramatize it was unfortunate. A Mr. Martin of Burbank, California recently bought a Tesla Model 3, but found that his homeowners association would not let him install a charger in the garage. In fact, in California, it is generally illegal for HOAs to prevent people from installing charging stations. The Golden State enacted a statute protecting the rights of MUD-dwelling EV drivers in 2011, and clarified the law in 2018. If Mr. Martin is reading this, we encourage him to speak with his HOA again, after printing out the relevant statute and reading ChargePoint’s tips for dealing with HOAs. (We also encourage the Times to do a little Googling before taking the next man-on-the-street tale of woe at face value.)

In fact, most of the Joe Sixpack complaints the Times recorded on its road trip demonstrate not problems with EVs, but rather an ignorance of how EVs work. The owner of an older BMW i3 seems not to understand that an EV with a 120-mile range and no DC fast charging is not suitable for long road trips, any more than a Corvette is suitable for hauling a couch. A teacher (not of math, apparently) said she had considered buying an EV but feared that charging it on trips to see her mother, who lives 100 miles away, would be “a headache” (100 times two still equals 200, and most new EVs sold in the US have ranges over 200 miles [they also all come with Level 1 charging adapters, and her mom might just have an extension cord]).

Above: Looking into a curious New York Times article about road trips and electric vehicles (YouTube: Teslanomics with Ben Sullins)

Ben Sullins, the host of Teslanomics, produced a video pointing out the weaknesses of the Times piece, which he said was based on “a worst-case scenario” (actually, he said it was “complete B.S.”). To prove his point, he took the same trip in a Tesla Model 3 Long Range model. He stopped at the same charging station in Baker where the Times heard so many anti-EV comments, and added an (unneeded) extra cushion of range in the time it took to use the rest room and buy a snack - 10 minutes. In Vegas, he charged overnight at his hotel, and woke up the next morning ready to drive back to LA - without stopping to charge.

“Chargers are often missing in the places where people need them,” saith the Times. Sullins answers: “On this trip, I passed five Superchargers. In LA, there are dozens more, plus hundreds of destination chargers, and these are just the Tesla options.” While there are certainly areas in which public chargers are rare, in California and Nevada, the region in which the Times chose to make its test, chargers are “bountiful.”

“For Bolts as for other electric vehicles, experts generally recommend keeping it 30 to 80 percent charged for optimal battery life,” the Times asserts. This may be true for the Bolt, but it is not the case for Teslas.

“[EVs] have been held back partly by decisions that automakers and other businesses have made.” This is true, although not in the way the Times meant. The main decision that’s holding back EVs is the legacy automakers’ decision not to market them. “Tesla...has built more than 1,500 charging stations around the world [since the Times ran this article in June, the total has grown to 1,604], but they can fill up only Tesla cars.” And how has this “held back EVs,” exactly? Many auto industry execs have said that Tesla was an inspiration and a major factor in advancing electrification. I’ve never heard of one who said Tesla’s Supercharger network was holding the industry back.

Above: Tesla's Model 3 at a Supercharger station (Flickr: Marco Verch)

“There is not a single standard for plugs, so some electric-car drivers have to carry multiple adapters. Nor is there a single approach for how car owners pay for electricity, with some companies charging by the power consumed...and others charging by the time spent at the charger.” The Times didn’t explain why either of these facts should present much of a problem.

One final example from Sullins’s video, and we’ll unplug and get back on the road. “Charging on average costs $10 for about 200 miles, depending on the car, or about half the typical cost of gasoline for that distance, according to AAA,” writes the Times’ Mr. Penn. “Our experience was not as economical: We spent about $67 on electricity, perhaps $10 less than we might have on gas.”

Ben Sullins calls this “madness,” and points out that the many Tesla buyers who take advantage of a referral get 1,000 miles worth of free Supercharging, and more than a few have free Supercharging for life. Ah, but the Times chose to travel in a Chevy Bolt, instead of the far more popular Tesla Model 3.