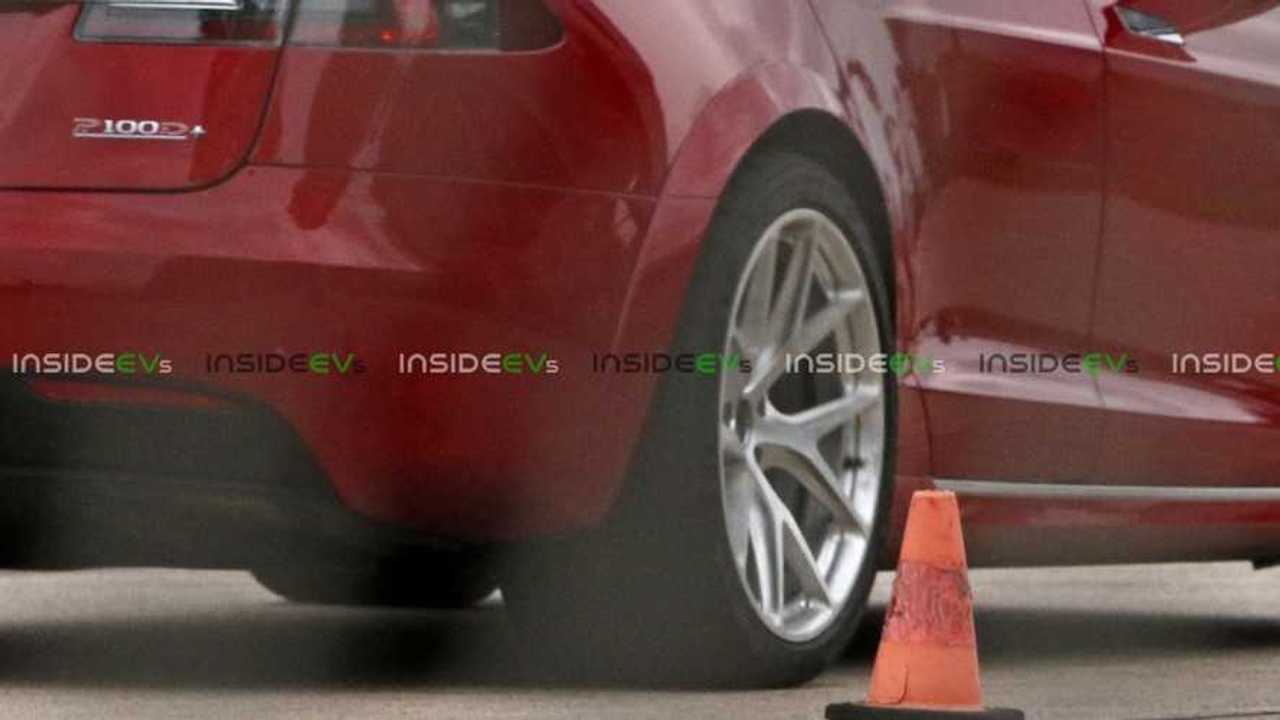 So, we've been dissecting this new and exciting Tesla Model S P100D+ with "Plaid" mode rather aggressively. Somewhat interestingly, if you look at the updated sedan, you can clearly see that it has plenty of changes. There's a larger lower grille opening, wider tires, and unique flared fenders, among other upgrades.

It seems Tesla may have known ahead of time that it was going to head to Laguna Seca for testing — as well as Nurgurbring perhaps? — and has been making some grand (and clearly secretive) plans to set a new four-door sedan lap record. Tesla doesn't refresh its vehicles ever, however.

The chances of potentially topping the Porsche Taycan's Nurburgring record sort of fell in its lap, too. Yes, Elon Musk did say a Model S would be heading to the difficult German twisty track, but he didn't admit that there was a possibility of it being a new Tesla variant with the potential to set records. He also didn't say anything about it heading there to top the Taycan's time. All of that was just educated speculation, and it makes more than perfect sense.

Fast-forward to a barrage of tweets and announcements from Musk last evening, and even a tweet from Tesla's official account. This is now the real deal as far as we can tell.

So, let's get to the heart of the matter here. Why does the upcoming Tesla Model S P100D+ have flared fenders? Generally, these are employed not only for aggressive looks, but also to prevent wheels and tires from throwing up debris.

However, we do know that lead Tesla designer Franz von Holzhausen is well aware of the importance of vehicle aerodynamics. Perhaps these flares further advance the Model S' already amazing aerodynamics? One can only assume at this point that this could certainly be the case.

Why add body embellishments simply for the exterior facade situation, especially if it may add extra weight and expense? Tesla is not known to do such things, so we have to glean that this is just another addition that will work to make the new Model S, X, and Roadster even quicker and more efficient/aerodynamic.