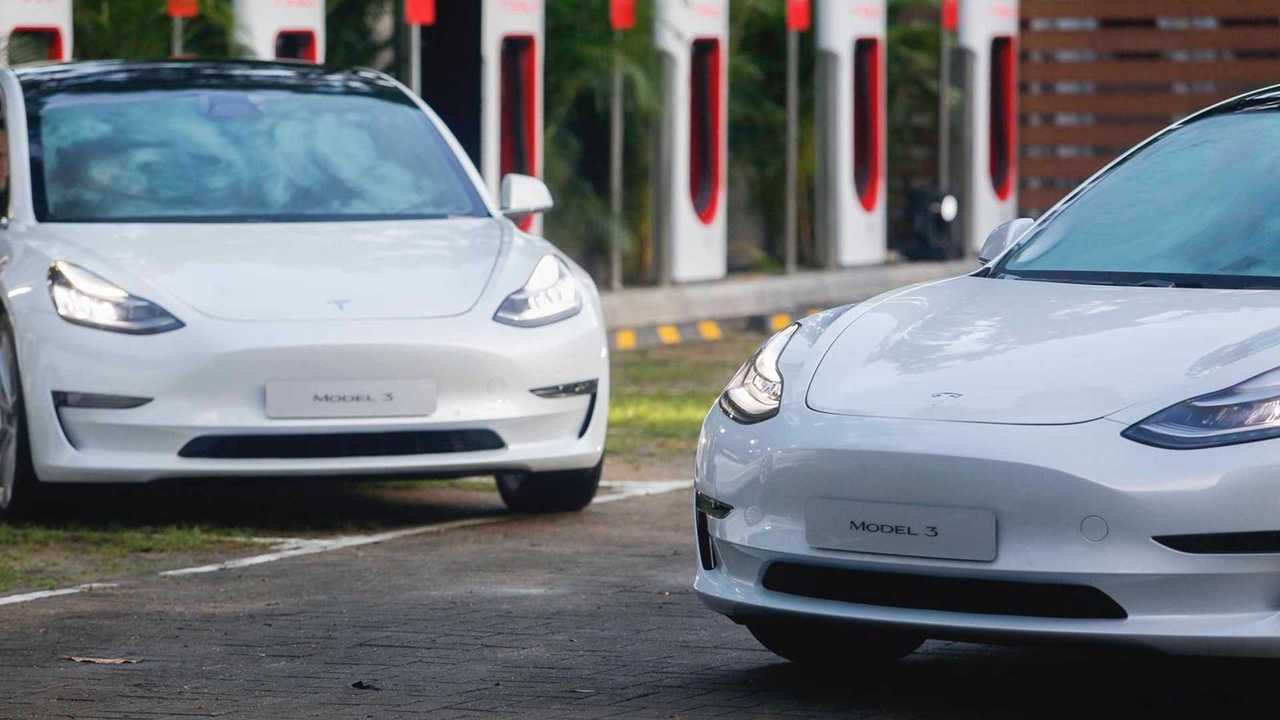 Tesla has certainly achieved its mission, and it's just the beginning.

Tesla made electric cars cool. The importance of that masterpiece of marketing is hard to overstate. It was the centerpiece of the company’s strategy from the very beginning, and it continues to be the heart of the brand’s appeal today.

So convinced was I that Tesla’s makeover of the EV’s image was the key to its success that I used it as the subtitle of my 2014 book, Tesla Motors: How Elon Musk and Tesla Made Electric Cars Cool, and Sparked the Next Tech Revolution (now available in a revised edition).

Of course, I was not the first journalist to notice the Tesla-triggered transition from square to stylish, and many another pundit has undertaken to explain just how Tesla Made Electric Cars Cool. The latest to use the phrase is The Motley Fool, as the title of a new video (scroll below) that provides a very brief primer on the history of EVs.

To appreciate what Musk, Eberhard, Tarpenning and company accomplished, it’s helpful to consider just how uncool EVs were before the Roadster appeared. In the early 20th century, when electric cars shared the roads with cars powered by gas and steam, some companies marketed them as vehicles for ladies, who might be frightened by the noise and stink of a gas vehicle and who, after all, only needed to make short trips to the store. Eventually, innovations such as the electric starter, along with the rapid proliferation of gas stations, sealed the victory of the gas engine.

In the 1970s, the Arab oil embargo led to a brief era of concern about using gasoline, and a few companies tried to bring back the electric car. The only one of these vehicles that got much traction in the US market was the Citicar, which sold 2,206 units in its three years on the market. It was anything but cool, with a body made of football-helmet-style plastic, a top speed of 30-50 mph and a range of around 40 miles. Consumer Reports called it “foolhardy to drive on any public road.”

Above: Tesla and its role in the history of electric vehicles (YouTube: Motley Fool)

There have always been tinkerers who converted gas vehicles to electric drive. Some of these do a pretty good business electrifying favorite cars for wealthy clients, but few of their creations would really be considered cool - with the possible exception of Neil Young’s pink Lincoln.

In the 1990s, the electric car had a brief renaissance, when California introduced its first zero-emission vehicle (ZEV) mandate, which required automakers selling cars in the state to produce a certain number of EVs. Each of the majors produced an EV, but at the same time, they put their lobbyists to work to get rid of the ZEV mandate. This was ultimately successful and, as soon as the government requirement was eliminated, the majors killed their EV programs. As recounted in the film Who Killed the Electric Car?, GM became the villain of the piece when it refused to allow owners of its EV1 to keep their vehicles - it rounded up the cars and crushed them (a few still exist - there’s one at the Smithsonian and one at Disney’s EPCOT).

The EV1 became a cause célèbre, a poster vehicle for the auto industry’s refusal to electrify. The last model had a respectable range of 160 miles, and according to those who got to drive one, it was a technologically advanced vehicle that was fun to drive. However, it never had a chance to join the cool kids. At the time, gas prices were heading down, and cool would soon mean massive SUVs and pickup trucks.

Tesla made automotive history in July 2006, when it unveiled the first electric car of the modern era. The Roadster was beyond cool from the beginning - the story of internet superstar Elon Musk and his plucky little car that would save the planet at 125 mph was catnip to the press. Governator Arnold Schwarzenegger (who continues to be an entertaining EV advocate) introduced the Roadster at the San Francisco Auto Show; the first hundred cars went to an elite group that included the likes of George Clooney, Leonardo DiCaprio and eBay entrepreneur Jeff Skoll. The awards and rave reviews rolled in, and the rest is history.

With Models S, Model X and Model 3, Tesla just got cooler and cooler. With the Model Y crossover and the Tesla Pickup on the way, the company is on track to stay on top of the latest trends.

In hindsight, Tesla’s determination to Make Electric Cars Cool looks less like genius than like common sense. Anyone in the auto business will tell you that people buy cars for their cool factor, not for price, performance or practicality. Once the Roadster reached the pinnacle of coolness, the Tesla founders expected the legacy automakers to jump on the bandwagon and blow their little company off the road with newer and cooler EVs.

Thirteen years later, it hasn’t happened. The majors produced practical plug-in vehicles and marketed them like medicine (if at all). The LEAF, Volt and Bolt are all excellent vehicles, but you’d be hard-pressed to find the word “cool” in any of their reviews. If you look up the word “uncool” in the dictionary, there’s a picture of Mitsubishi’s iMiEV. Don’t these automakers understand cool? Or don’t they really want to sell their EVs? (Hint: it’s the latter.)

More recently, some of the European brands have decided to learn the lesson that Tesla taught a decade ago. The Audi e-tron and Jaguar I-PACE are pretty cool in anybody’s book, although I’ve yet to hear from anyone in the automotive press who thinks they rival the coolness quotient of the California carmaker. A recent article in Bloomberg spells it out: the Jag and the Audi “offer shorter range and less plentiful public charging infrastructure [and] lack the cool factor.”

“You really have to be someone who doesn’t like Tesla, who doesn’t want the Tesla product, in order to go for this,” auto analyst Ed Kim told Bloomberg.

The recently launched Porsche Taycan, however, may be another animal - it has probably generated more excitement than any non-Tesla vehicle to date. Of course, as we’ve been saying for years, the mainstream press’s tall tales about “Tesla killers” are nonsense. The legacy automakers aren’t going to kill Tesla, any more than Bud Light is going to kill craft beer brewers. However, the Taycan might just prove to be the first car cool enough to be considered a Tesla rival.