Just How Long Will An EV Battery Last? 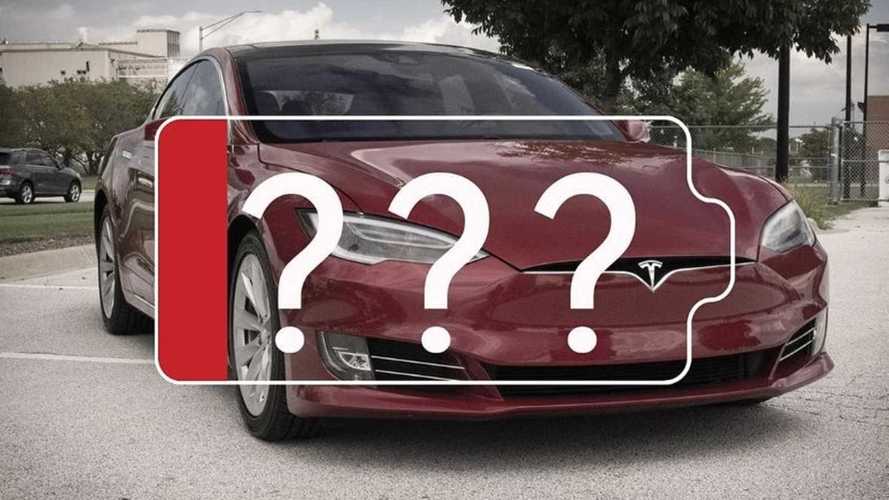 EV batteries don't last forever and they're expensive to replace. Is this cause for concern?

When you first bought your newest smart phone, you probably felt quite pleased to have a device that would actually survive the day without needing additional charging. Two years later though, you’re likely to run into the same frustration you did at the end of your last phone’s life: dead battery before dinnertime.

This Chevy Volt Has 400,000 Miles On Odometer With No Noticeable Battery Degradation

This issue has colored the way people view the lifespan of lithium-ion batteries and has created a common concern for individuals new to electric vehicles. If the lithium-ion battery in a phone can’t hold up, why should it hold up in a car?

Lithium-ion batteries are well-suited for use in electric vehicles for the same reason they’re well-suited to portable electronics like cell phones and laptops. They offer good energy density and are (relatively) lightweight – allowing for the maximum amount of range to be squeezed out of any battery being fit into a car. While the basic battery chemistry may be the same, the way the batteries are discharged and recharged makes a big difference in lifespan.

Cell phones have small batteries for their pocket-fitting form factor. In order to maximize the amount of time a cell phone can be powered on with such a small energy source, it’s necessary to allow consumers to use the entirety of the battery, from 100% all the way down to 0%. When a cell phone battery runs out of charge, it’s out of charge – there’s basically no energy left inside.

Recharging from 0% (or close to 0%) all the way back up to 100% is the most intensive use-case for a lithium-ion battery. According to Isidor Buchmann, founder of Cadex Electronics and author of Battery University – a comprehensive educational source on battery technology – lithium-ion batteries can be cycled about 500 times like this before serious degradation begins to occur.

Just 500 cycles before obsolescence is perfectly fine and dandy for companies like Apple and Samsung, who would like you to buy a new phone every year, but two years of use doesn’t even come close to cutting it for cars, which are expected to last over a decade of use potentially by multiple owners.

Thankfully, the batteries in electric vehicles aren’t put through this worst-case scenario. They are engineered to last with serious protections in place to prevent them from dying early.

One such protection all manufacturers use is referred to as a battery buffer. Essentially, drivers are not able to use all of the electricity stored in their car’s battery pack. When the car shows you that there’s 0% energy remaining, there will actually be a buffer of electricity left in the battery to prevent that aforementioned 0% to 100% charge cycle that would accelerate battery degradation.

While not all manufacturers publish the “usable” battery capacity for their cars, Chevrolet did for the Volt plug-in hybrid. Of its 18.4. kWh battery pack, just 14 kWh of electricity is actually available to drivers – about 75% of the battery’s actual capacity. This means a charge from 0% to 100% in the car is more akin to a charge from 15% to 90% – a much less intense use-case for the battery pack. This allows for thousands of cycles before serious degradation begins to occur, compared to just hundreds.

Furthermore, one of the worst things you can do to a lithium-ion battery is to run it down to 0% and let it sit empty without recharging it. This battery reserve is a way of preventing careless users from doing just that and ruining their cars because again – 0% for the driver is not actually 0% in the battery.

These protections came about as a result of lessons learned from the original Tesla Roadster. The Roadster did not have any reserve built into the battery. It was possible to drain the battery to (literally) 0%. If the Roadster remains unplugged like that then eventually the battery capacity will be compromised, and a new battery may be required to get the car in working order again. While it is certainly possible to keep a Roadster battery in tip-top shape for many years of use, there’s nothing protecting the Roadster from negligent ownership.

Speaking of Tesla, it has a slightly different approach to protections than other manufacturers. Tesla is transparent about their top-end buffer – their cars will only charge to 90% by default. You can actually adjust this daily driving buffer to be anywhere between 50% and 90%, depending on your personal preference.

However, Tesla permits you to charge up to actual 100% when you want to. For example, you may want the extra range if you’re going to be doing a lot of extra driving one day, or if you’re leaving for a road trip. This approach allows drivers to get full utility of the car and battery when they need it. At the same time, Tesla is protecting the battery from premature degradation.

Another protection electric vehicles use to control battery degradation is thermal management. Lithium-ion batteries are happiest at about the same temperature humans are happiest: 70 degrees Fahrenheit.

To protect vehicles from suffering early range degradation, many (though not all) electric vehicles feature complex thermal management systems with liquid cooling to keep the batteries at a safe temperature. This makes a big difference for electric vehicles operated in especially hot climates, like Arizona.

While cars with liquid-cooled batteries like Teslas did just fine in those regions, early Nissan Leafs suffered high levels of degradation since they do not have an active cooling system. The Japanese automaker was on the receiving end of a class-action lawsuit for that debacle and wound up having to replace a bunch of battery packs with a newer design that is more resistant to overheating and degradation.

Almost all electric vehicle batteries are warrantied for at least eight years and 100,000 miles. Most manufacturers guarantee a certain amount of battery life within that time frame. Eight years or 100,000 miles is a long period of time to warranty a component of the car. It’s actually longer than what most buyers of new cars will own the vehicle for.

These long warranty periods are meant to help drivers feel more confident in the lifespan of their vehicles. Automakers wouldn’t offer such a long warranty period if they didn’t think their hardware could last that long – they don’t want to pay for replacement batteries either!

It’s no secret that electric vehicle batteries are expensive to replace, with costs often totaling thousands of dollars. While lithium-ion batteries may be newer automotive tech, cars have always carried something that cost big bucks to replace in case of failure: the internal combustion engine. Engines are expected to last the lifetime of the vehicle, even though their warranty period is usually around five years.

Electric vehicle technology is still relatively new, so it’s understandable that people are apprehensive – but the Tesla Model S has been out since 2012, the Roadster since 2008. Teslas have plenty of high-mileage examples that have suffered only minimal degradation.

Batteries are warrantied to last at least eight years and should last even longer. It’s best to think of them as lifetime components of the vehicle – they should last for as long as the car does.