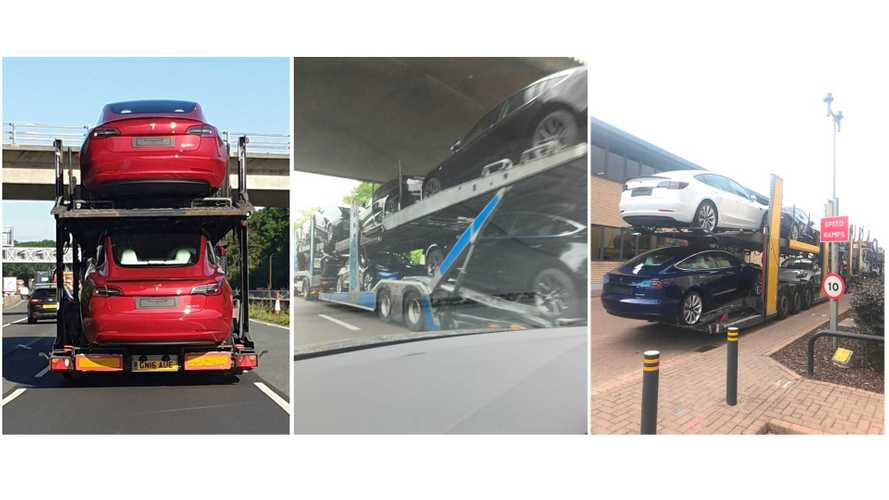 Several trucks were already spotted. A four-digit number of RHD Model 3 will be delivered this summer.

Tesla any day now, should start customer deliveries of the first right-hand drive (RHD) Tesla Model 3 in the UK.

The first trucks loaded with Model 3 already were seen in the UK, driving towards London. A few customers also already reported confirmed delivery dates on forums (one of them is for June 20).

We are not sure how many Model 3 RHD are already unloaded in Europe, on its way to customers, but the vessel named the Grand Mark (expected to arrive on June 19th at the Port of Zeebrugge, Belgium) reportedly is loaded with around 1,000 Model 3 and 150 of them are RHD.

At this point, we guess Tesla will deliver a three-digit number of Model 3 in June, while the rest of more than 4,500 orders will be fulfilled in the second half of the year.

Teslarati reports that two following ships, scheduled for July and August, will deliver some 2,000 RHD Model 3.