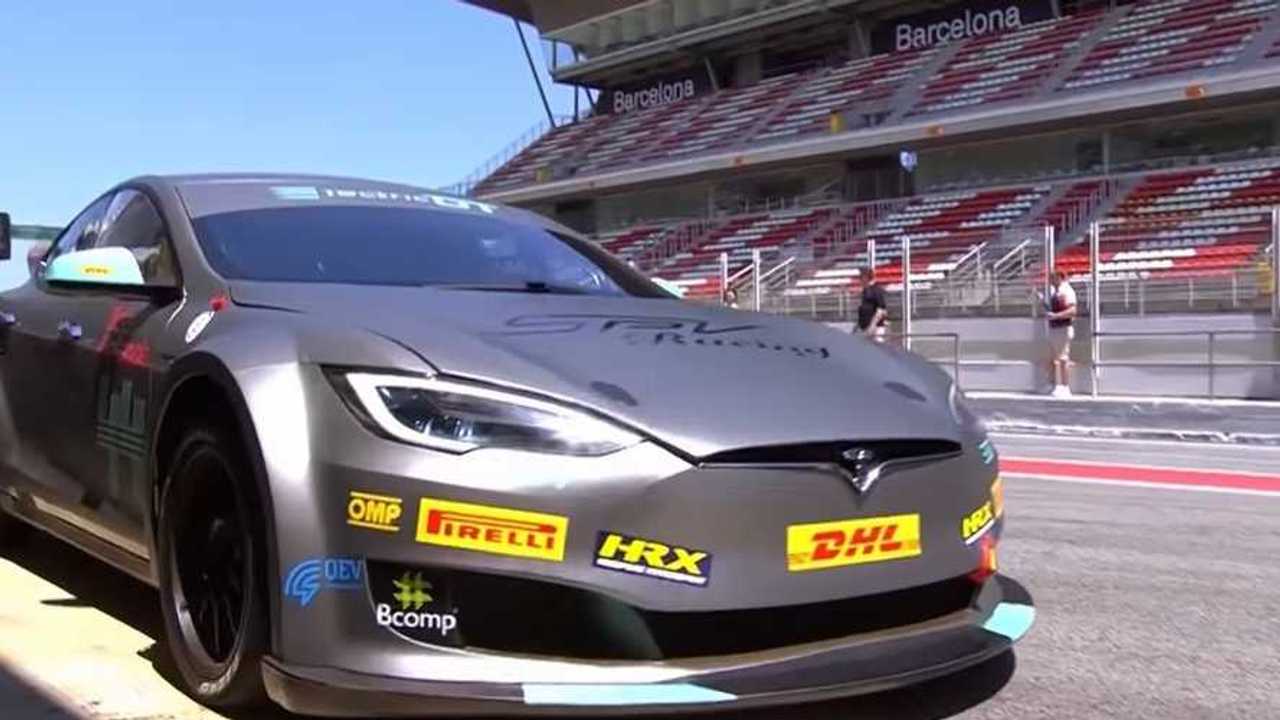 It's about time the Tesla Model S turns up in an officially sanctioned racing series.

Most Model S owners already know that Tesla makes a version of the car with ludicrous speed — something that's akin to a race car. But could this all-electric production car, a family sedan no less, actually turn up in an official race approved by the International Automobile Federation (FIA)?

Above: Could this be the future of racing? (Image: Electric GT)

Daniel Gessner reports in Business Insider, "2.3 seconds... [is] exactly how long it takes Tesla's top of the line Model S sedan to sprint from 0 to 60 mph. But while YouTube is filled with countless videos of Teslas dominating drag strips and leaving the fastest street-legal cars in their dust, these all-electric speed demons have yet to make it into a professional racing series - until now."

Above: Inside the first-ever Tesla race car (Youtube: Business Insider)

What makes Electric GT's track-optimized version of the Tesla Model S different? Gessner explains, "First, the company takes a production model and strips out all the interior fittings that would be considered excess. This is replaced with safety equipment that includes a full race harness and roll cage."

In addition, "Much of the bodywork is also removed and replaced with high-grade carbon fiber body panels. The production car's wheels and tires are scrapped for new race slicks and rims, aerodynamic features are added that include a large rear wing, and the suspension is strengthened heavily."

Above: This Model S is pure adrenaline (Image: Electric GT)

In the future, cars like Tesla's forthcoming Roadster should prove to be more fierce on the racetrack. And, over time, Electric GT's Marc Gemmell notes the racing series plans to utilize other EVs as well. Nevertheless, he explains that the Model S P100D "out of the blocks acceleration [is] certainly at or even above a Formula One car level. Top speed is very good. And we can buy them today."