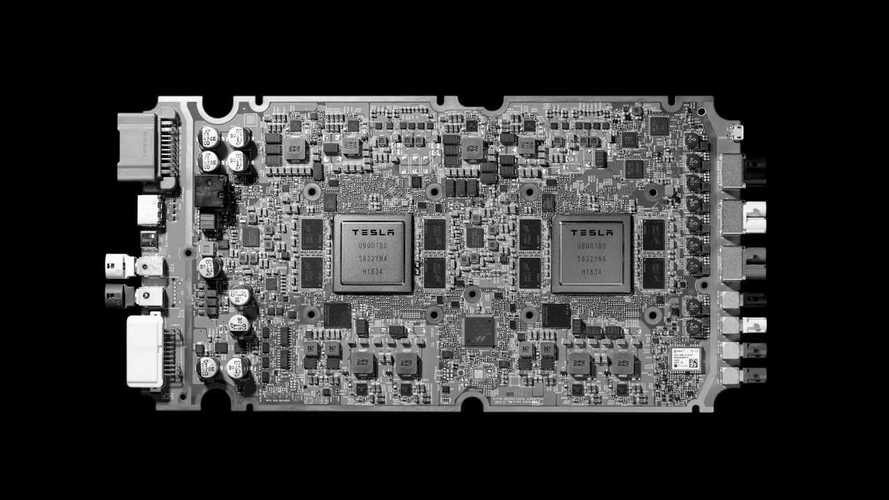 NVIDIA was hot and cold about Tesla's Autonomy Day presentation.

In Tesla's wide-ranging Autonomy Investor Day, the Silicon Valley company's top brass from its Autopilot team (including Elon Musk) presented their vision for the future of self-driving. It's an approach that shuns lidar, an industry favorite, in favor of a wholly different approach. There was also discussion surrounding the Tesla network — an upcoming fleet of driverless Tesla robotaxis.

UPDATE: Tesla reached out to us and pointed out that everything CEO Musk spoke about in the presentation was correct and is available for viewing on NVIDIA's website. While Tesla's chip doesn't use 100% GPU to achieve 30 TOPS, NVIDIA's Xavier chip does. Thus, running the Xavier chip with the same amount of energy and processing power results in only 21 remaining TOPS, since all other tops are used for other processing needs.

The presentation ran nearly four hours but it's well worth watching. For a quick summary, Tech Insider's video (featured below) has condensed the material down to five minutes of key highlights. There's a lot to unpack here and we'll be touching on different aspects of Tesla's autonomous plans in future articles. That said, it's worthwhile discussing Tesla's new proprietary full self-driving hardware/chip. Brad Templeton admits in Forbes, "The hardware has impressive specs."

Furthermore, Templeton explains that Tesla designed the hardware solely for self-driving purposes and, "to keep the power usage below 100 watts to stop it from eating into range." He reports, "Musk claims that this chip is the 'best by a huge margin' at neural networks in the world, a claim that many other companies developing neural network chips might dispute. Tesla mostly compared its performance to NVIDIA general purpose GPU chips."

Sure enough, Templeton was right. NVIDIA quickly responded with some quibbles (and kudos) regarding Musk's comments. In a blog post for NVIDIA, Rob Csongor writes, "... NVIDIA is the standard Musk compares Tesla to—we’re the only other company framing this problem in terms of trillions of operations per second, or TOPS. But while we agree with him on the big picture—that this is a challenge that can only be tackled with supercomputer-class systems—there are a few inaccuracies in Tesla’s Autonomy Day presentation."

Csongor says, "Tesla’s two-chip FSD computer at 144 TOPs would compare [better] against the NVIDIA DRIVE AGX Pegasus computer which runs at 320 TOPS for AI perception, localization and path planning. Additionally, while [NVIDIA's] Xavier delivers 30 TOPS of processing, Tesla erroneously stated that it delivers 21 TOPS." Although there's some pushback on the stats, it's clear Tesla got NVIDIA's attention.

Tsonger admits, "Tesla, however, has the most important issue fully right: Self-driving cars—which are key to new levels of safety, efficiency, and convenience—are the future of the industry. And they require massive amounts of computing performance. Indeed Tesla sees this approach as so important to the industry’s future that it’s building its future around it. This is the way forward. Every other automaker will need to deliver this level of performance." He notes, "Tesla is raising the bar for all other carmakers."