The most stunning BYD EV ever

BYD unveiled at the 2019 Shanghai Auto Show its all-new E-SEED GT electric supercar, which looks stunning. It would be cool to see an electric BYD halo car on the streets.

The Chinese manufacturer didn't say how quick it is or how long its electric range is, as the concept was used mostly to experiment with new design ideas. 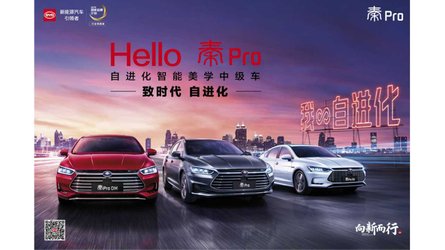 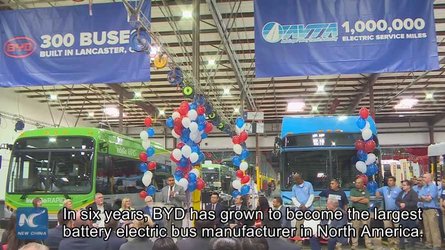 "The E-SEED GT concept car represents the pinnacle of BYD's design, by fusing the expertise of the three international design experts, Wolfgang Egger, BYD Global Design Director, JuanMa Lopez, BYD Global Exterior Design Director and Michele Jauch-Paganetti, BYD Global Interior Design Director. The concept car uses the "Dragon Face" design language, successfully applying the elements of a Chinese dragon into a super car design, such as headlights resembling “dragon whiskers”, a “dragon ridge” on its roof, tail and seats and “dragon-scale” features on its door panels. It also boasts a three-screen interconnection, a retractable steering wheel plus a “BYD heart” and other technologies."

By the way, BYD presented at the show a total of 23 models, mostly plug-ins, which proves how deeply engaged in electrification the company truly is.

Wang Chuanfu, Chairman and President of BYD, said during a press conference at the event said:

“Today, China’s new energy vehicles have entered the ‘fast lane’, ushering in an even larger market outbreak. Presently, we stand at the intersection of old and new kinetic energy conversion for mobility, but also a new starting point for high-quality development.”

“To meet the arrival of complete electrification, BYD has formulated a series of strategies, and is well prepared. BYD’s latest offerings will bring you a whole new experience, while delivering new power to Chinese cars!”

4 Photos
By: Mark Kane
++
Got a tip for us? Email: tips@insideevs.com