Buick Velite 6 MAV Is Another EV In GM's Lineup: For China 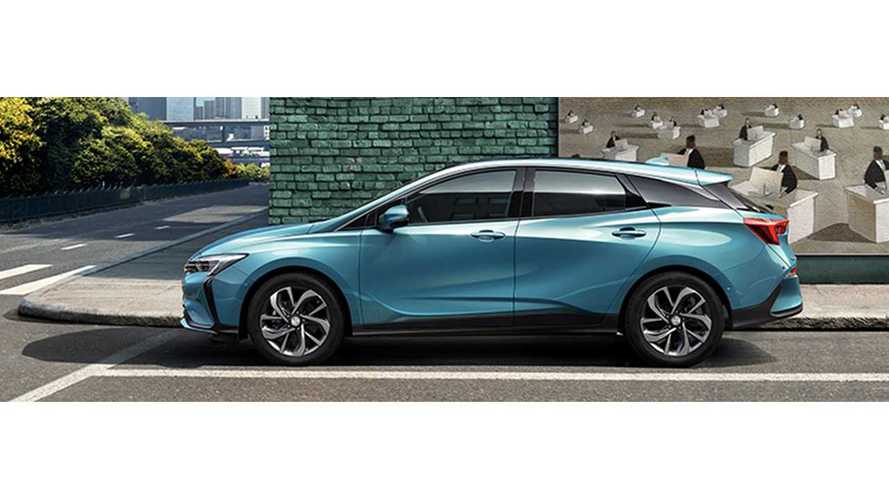 General Motors adds another EV to its growing lineup in China.

While much of GM's North America EV news has been concentrated around its efforts with self-driving tests, its affiliates in China are readying new products for consumers. The Buick Velite 6 MAV is one of those vehicles, and it happens to be the first all-electric vehicle for the Buick brand.

Debuting Monday at the 2019 Shanghai Auto Show, the Velite 6 is labeled as a "multi-activity vehicle" by its maker, even though it looks like a large wagon more than anything else. But its 85-kW electric motor is said to be good for 301 kilometers (187 miles) of city driving, according to SAIC-GM, making it a potentially useful vehicles for urban commuters who value interior space over outright efficiency. It joins the LaCrosse hybrid and Chevy Volt-based Velite 5 range-extender in China, both of which are no longer available in North America because GM decided to end production of them here.

Which sounds fine for China and reinforces the impression North America is Buick's afterthought. We can only hope something like this comes to "multi-activity vehicle" hungry Americans.

As Buick's first global all-electric vehicle and SAIC-GM’s first electric vehicle for the mass market, the VELITE 6 MAV (which stands for Multi-Activity Vehicle) integrates GM and SAIC’s resources and advanced technology in new energy and connected vehicles. It represents the latest application of the Buick Blue strategy.

Its new-generation pure electric drive system offers a smooth, quiet and natural driving experience. It generates a maximum 85 kW of power and 255 Nm of torque. The VELITE 6 has a combined electric driving range of 301 km in the city, and electricity consumption of 13.3 kWh/100 km.

The VELITE 6 is available in three variants at a price between RMB 165,800 and RMB 185,800 after national subsidies for new energy vehicles.

Following the earlier introduction of the LaCrosse hybrid electric vehicle and VELITE 5 extended-range electric vehicle, the VELITE 6 will enable Buick to cater to the rapidly growing demand for new energy vehicles.

In addition, Buick announced the start of its strategic cooperation with the EVCARD car-sharing brand to jointly explore the electric vehicle sharing market in China. The first 5,000 VELITE 6 vehicles will be put into operation by EVCARD starting on April 28.