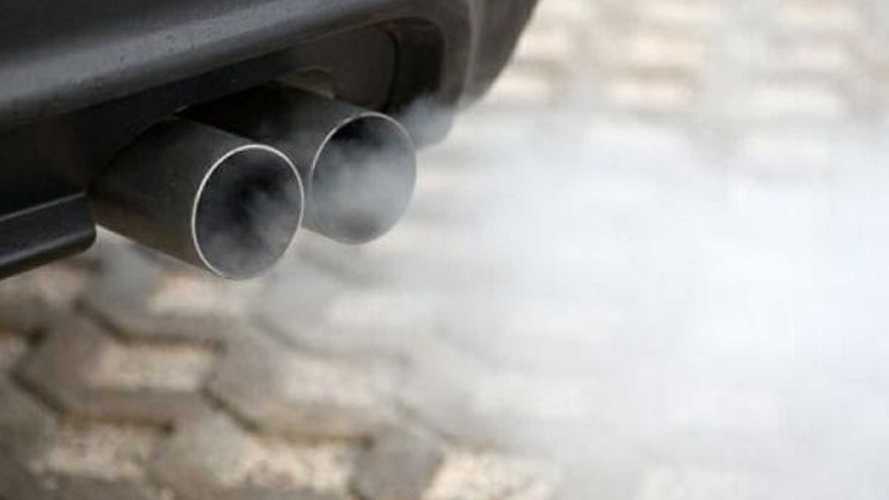 As it turns out, the dirty diesel scandal is far from over.

The “Dieselgate scandal,” or the “dirty diesel debacle,” or whatever colorful epithet you can think of to call it, is far from over, as a couple of recent news items make clear. In March, the US Securities and Exchange Commission filed suit against the Volkswagen Group and its ex-CEO Martin Winterkorn, accusing them of defrauding investors by concealing the company’s emissions-cheating scheme. Later, EU antitrust regulators charged Volkswagen, along with BMW and Daimler, in a separate matter of colluding to block the rollout of emissions-reducing technology.

Above: Choked book covers from the UK and US (Image: Beth Gardiner)

Despite the vast sums of money the German automakers have burned up in the fiasco (VW has said auf wiedersehen to some $30 billion), they’re pushing ahead with diesel, and trying to polish up its schmutzig public image. In Europe, industry-friendly media are running articles with headlines like “Myth #1: diesel is dead.” And the makeover seems to be working - after a brief pause in 2017, sales of diesels in Germany posted strong growth in 2018.

So, while the tawdry tale of dirty diesels and devious deeds has already been covered at length, it’s by no means old news. Furthermore, it’s a cracking good story, which you can read in a new book, “Choked: Life and Breath in the Age of Air Pollution,” by Beth Gardiner (a lengthy excerpt from the UK edition recently appeared in The Guardian).

In a chapter on the Diesel Disaster, Ms. Gardiner does some myth-busting of her own. First, the evasion of air pollution standards was not the work of bad apples, and it was not confined to the Volkswagen Group. As Der Spiegel put it, it was “the result of secret agreements within the entire German automobile industry.”

“In Germany, testers found all but three of 53 models exceeded NOx limits, the worst by a factor of 18,” Gardiner writes. “In London, the testing firm Emissions Analytics found 97% of more than 250 diesel models were in violation; a quarter produced NOx at six times the limit.”

Second, European regulators shouldn’t have been “shocked, shocked” to learn about what was going on. Gardiner spoke with an official at Germany’s federal environment agency, who told her his department had been measuring emissions many times higher than the allowed amounts for years. German regulators, and anyone who read their public reports, knew perfectly well that automakers were breaking the rules.

Ironically, it fell to an American environmental group to break the story wide open. John German of the International Council on Clean Transportation (ICCT) commissioned an examination of pollution from diesel cars in 2013. When he found that a Volkswagen Jetta was producing Nitrogen oxide pollution at 15 times the allowed limit, at first he wondered if it might be malfunctioning. However, the automotive expert quickly figured out that there had to be a “defeat device,” deliberately designed to evade the rules.

German and his colleagues published their work in May 2014, and forwarded the findings to the US EPA and CARB. Months later, after California regulators ran more tests, the EPA threatened to withhold certification from VW to sell its vehicles in the US. Only then did the company come clean.

One interesting and highly ironic thing that Gardiner points out: although US environmental policies lag behind those of Europe in many areas (and are now rapidly moving in the wrong direction), air quality is “a glaring exception.” Before its recent evisceration, the EPA had built up tremendous legal and technical expertise. In contrast, “European air quality regulators don’t have the muscle or the resources their US counterparts have long possessed,” Gardiner writes. “The national enforcement agencies are generally understaffed, poorly funded and lacking in technical expertise. The problem is the system itself, which is riddled with weakness and ripe for abuse. Politicians have begun, post-Dieselgate, to tighten it, but it remains a system designed under the gaze - and the lobbying pressure - of a powerful industry.”

Gardiner calls the scandal “a failure of innovation - yet another symptom of carmakers’ desire to stick with what they know, with the cars that reliably deliver profits.” This “stick to the tried-and-true” mentality explains why European automakers tried to sidestep the emissions issue by pushing diesels, rather than developing hybrids.

“Today, glimmers of a different future are in sight, as electric cars begin moving from niche to mainstream,” Gardiner writes. “There are challenges, to be sure: the need for better batteries, more charging points and enough power to keep cars supplied. But those are obstacles that can be overcome and the technology is advancing quickly.”

However, as others have, Gardiner cautions that even EVs powered by renewable energy “will be unsustainable if car ownership keeps increasing.”

“If developing nations such as India and China follow the path we have taken, the world could go from about 1 billion cars today to more than 3 billion by 2050. What is really needed is not just a slowing of that growth, but fewer cars altogether, of any sort. It is a goal that is reachable if we reorganize the places we live to be denser, more pedestrian- and bike-friendly, with public transportation - and newer options such as car-sharing - that are convenient and affordable.”

“Still, cleaning up the vehicles we do drive is crucial. As in the past, the best hope comes from companies willing to put in the money and brainpower needed to do it.”

In other chapters, Gardiner writes about air pollution crises in India, Poland and the San Joaquin Valley, and discusses the promising work of Tesla in California and the accelerating revolution in China.

Choked: Life and Breath in the Age of Air Pollution
By Beth Gardiner
Publisher: University of Chicago Press (April 8, 2019)
312 pages