Well, it wasn't the Tesla that flamed up this time.

Hmm, the Tesla was supposed to be the car that went up in flames, right? What gives? The truth here is that it's actually much less common for EVs to catch fire. But, most of us wouldn't ever realize that since electric car fires get an intense amount of media coverage. Let's not forget that gas cars catch on fire every day, but the media doesn't dwell on it since it's all too common. 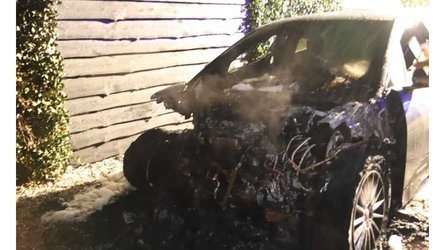 Jaguar I-Pace Looks Toasty After Fire Of Unknown Cause 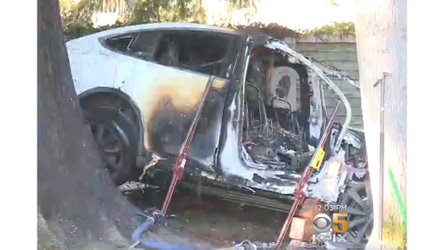 Don't get us wrong here, if a battery catches fire, it's surely a significant feat to extinguish it. Sometimes it takes an extra team of trained firefighters to even know what to do and how to get it done in the most efficient manner. Not to mention that sometimes it can reignite even after the fact. However, this still doesn't disprove the data and research that shows that gas cars ignite much more readily than electric cars. 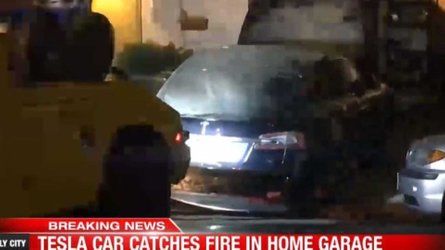 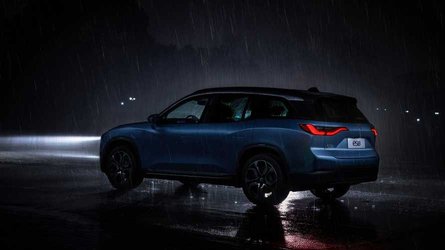 A Tesla Model 3 owner recently shared a crash that he endured (the wreck occurred back in October 2018, but new details have become available Now). Gladly, due to Tesla's incredible safety record, he fared well. Meanwhile, a Nissan Sentra was following too close and driving at high speeds. It ended up crashing into the back of his Tesla. Interestingly, the Nissan went up in flames.

“I walked away with minor sprain. Now the #Model3 is fixing & no damage to body frame & batteries (surprise). Only need 2 replace the trunk & other parts. #Tesla is awesome”

Teslarati recounts that the Sentra's front bumper ended up "embedded on the electric car’s rear bumper."

Fortunately, the Sentra driver also survived the crash, but the car's situation is a different story. While the Nissan proved to be a total loss, an approved Tesla repair specialist was able to fix the Model 3. Still, it took some three months to repair the electric car.