Fastned gets a foothold for its network in the UK

Dutch company Fastned has very ambitious goals to build a European network of 1,000 fast charging stations and is already approaching 10% of the plan, having 88 stations up and running.

The expansions from the Netherlands progresses in a few directions - to Germany, UK, Belgium and Switzerland. Most recently, Fastned won a second tender in the UK for 5 more charging stations, which will be included in the network (although the infrastructure will be owned by the North East Joined Transport Committee). 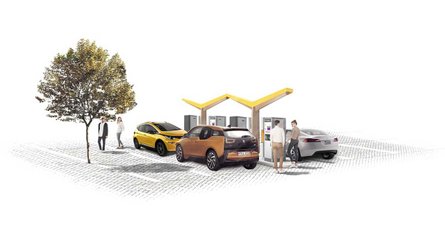 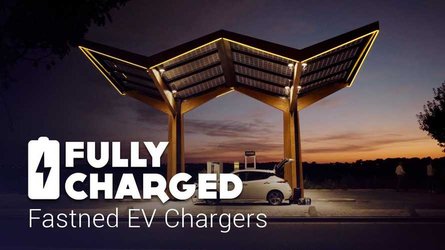 Fastned Fast Charging In The Lens Of Fully Charged: Video

Each of the five new stations in Gateshead, Blyth, Whitley Bay, Washington, and Kingston Park are to get initially two 50 kW fast chargers. Hopefully, it will be expanded at a later stage to 175 kW.

Fastned is already building two stations in the UK, which brings total to 7. More will be installed in the future.

"Fastned won a second tender in the UK led by the North East Joined Transport Committee. Fastned will build and operate five fast charging stations (hubs) for electric vehicles across the region. Each station will initially house two 50 kW fast chargers (known as “rapid” chargers in the UK) that will deliver 100% renewable electricity.

Fastned intends to build and operate the five fast charging stations in Gateshead, Blyth, Whitley Bay, Washington, and Kingston Park. These fast charging stations will enable fully electric cars to fast charge their batteries and will be added to Fastned’s European network. This network currently consist of 88 stations in the Netherlands and Germany and is expanding rapidly. Two other Fastned stations are currently under development in Newcastle and Sunderland as part of the Go Ultra Low NE programme."

"The project is co-funded by the European Regional Development Fund (ERDF) and the UK Government’s Office for Low Emission Vehicles (OLEV). The stations will be owned by the North East Joined Transport Committee. Fastned will manage the stations’ design and construction, and operate and maintain them as part of its growing network."

“The five rapid charging hubs will help further establish the North East of England as a leader in electric mobility and are very good news for electric drivers in our region. The hubs can provide electric freedom and ease of travelling for local commuters, commercial fleets, and travellers passing through the region.”