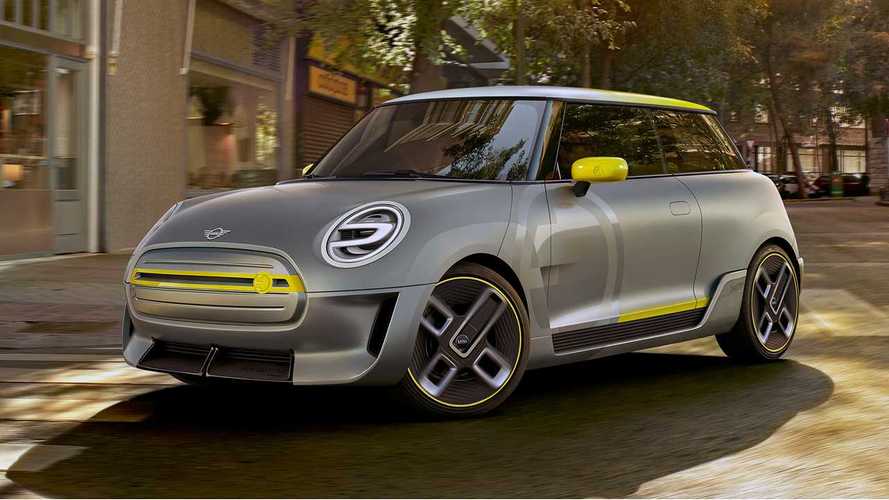 The upcoming Mini Electric may be a solid offering for urban families ... as a second car.

About ten years ago, BMW made a handful of battery-electric Mini Coopers. They were expensive (lease only), and the battery pack took up rear seat space and cargo room, but people leased every last one of them and there was demand for more. Fast-forward to the present and Mini is back at it. In fact, the automaker has been working on the new Mini Electric for some time. As previously reported, packaging the battery in such a small car has proven difficult, but not quite as much of an issue as it was in the past.

The all-new, two-door, four-seat Mini EV is due to launch by the end of 2019. Autoblog enjoyed a welcome opportunity to take the Mini Cooper SE electric prototype for a spin at an off-road driving event in Munich. The publication admits it can't say too much about the car yet, since BMW isn't advertising the vehicle this early on. Nonetheless, let's dive into what the publication has to share.

BMW i1 Reportedly In The Works, Will Share Mini Electric Platform

The upcoming Mini features a 33-kWh battery pack and a 135 kW motor. It will offer a range of about 120 miles on a charge. DC fast-charging will get you about an 80 percent charge in 40 minutes. BMW will market it as an urban car for families that may use it as a second or third vehicle. Overall, it's at least loosely based on the BMW i3. According to Mini, it will be priced competitively when compared to the Cooper S with an automatic transmission.

So, how does it drive?

Autoblog says the Mini offers the instant torque that you expect from an electric car, and there's no wheelspin due to its advanced traction control system. It features regenerative braking that can't be switched off by the driver. It handles and steers much like any Mini and, as expected, there's minimal body roll. While the Mini Electric is heavier than a traditional Cooper, it does a respectable job of keeping the ride smooth. However, the review points out:

There is a weird, slightly laggardly response to the wheel, however. Once the nose has started to yaw, the front wants to push wide. At this point the Mini requires all the formidable grip from its 205/45/R17 Pirelli P Zero tires to keep to the prescribed line.

In the end, the publication asserts that this car could probably not be a family's only vehicle. But, those that live in the city and have another vehicle may find it a welcome addition to the stable. It's quick, nimble, fun to drive, and offers a decent enough range for local trips and most commutes.

To read the review in its entirety, follow the source link below.