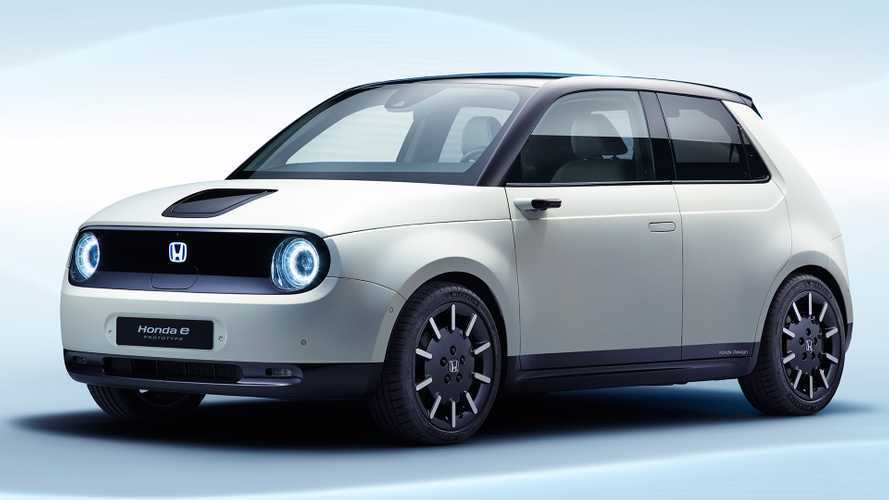 The Honda E Prototype is a small, sporty EV with about 125 miles of range. A future version is expected to go into production later this year.

At the Geneva Motor Show two years ago, Honda announced its “Electric Vision” plan for Europe. (Not the U.S.) The plan sets a target of 2025 for two-thirds of sales in Europe to be hybrid, EV, or fuel cell.

As we outlined in our history of Honda EVs, the Japanese automaker has unveiled a long line of EV concepts for decades. But actual production has been limited. Honda sold a few hundred EV Pluses in the late 1990s and about a thousand Fit EVs from 2012 to 2014. It currently sells the 89-mile Clarity Electric in small numbers.

While the Honda E Prototype could be just another concept to add to the list, there are signs that Honda is serious about putting a compelling new EV on European roads.

First, Honda has long held the stance that small, relatively short-range EVs are well suited to Europe. Way back in 2011, Takanobu Ito, Honda’s president, told me, “For Japan, Europe, and other parts of Asia, especially the urban areas, we think the smaller category would be an option. In this category, pure EVs would be appropriate.”

Fair enough. We don’t favor small cars in the U.S., but they remain popular in Europe and Asia.

And here’s another sign that the Japanese automaker is serious about a real EV based on the Honda E Prototype: The car will be built on a new, dedicated platform. Moreover, the platform uses a rear-wheel-drive system, suggesting an element of sportiness.

Think of it as quick, fun, and funky commuter car – in the spirit of the BMW i3. The range is announced as 200 kilometers (or about 125 miles.) The Honda E Prototype is a five-door hatch.

It’s hard to know if the Honda E Prototype’s more futuristic elements are typical concept-car razzle-dazzle or real features. The list of cool items includes pop-out door handles, camera-based side mirrors, a see-through front fascia to show charging status, and a lounge-like cabin with a suite of monitors that extends nearly the entire length of the dashboard.

We will be at the Geneva Motor Show to report on details following the unveiling on March 5. And we’ll ask what the new model could mean for potential Honda EVs in the United States.