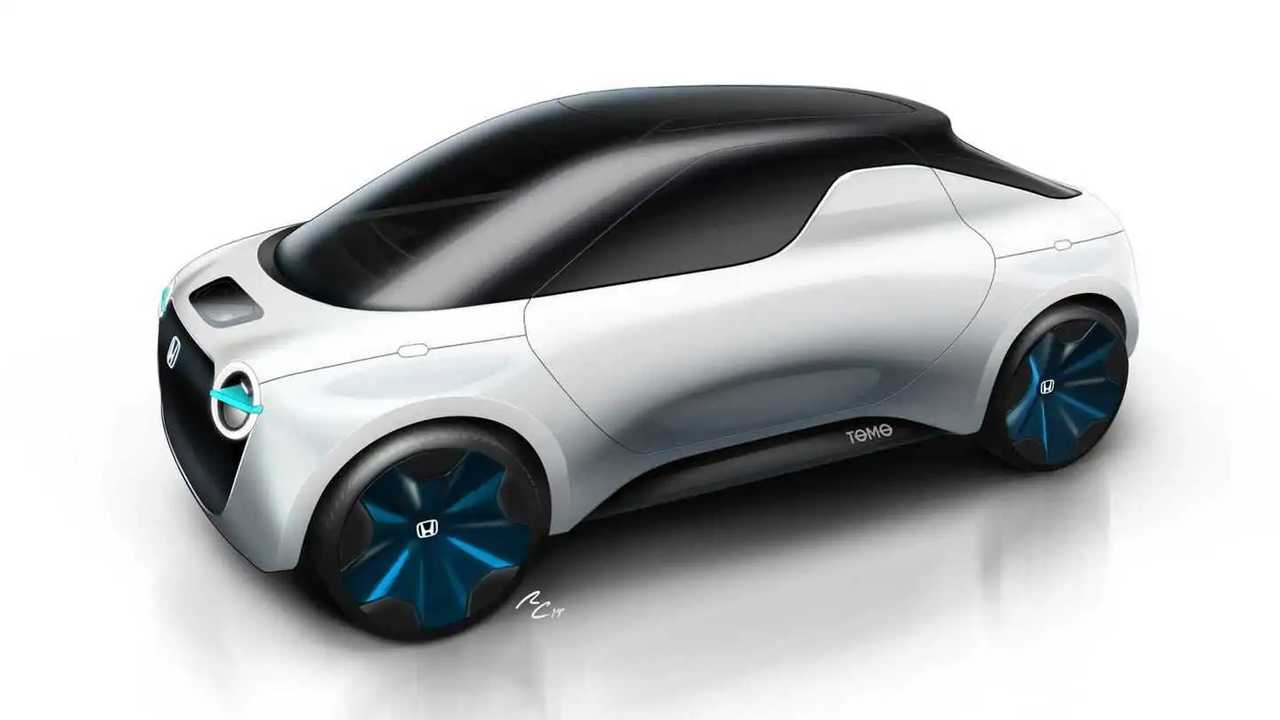 It's the Urban EV's brother from another mother.

Honda will show a new version of its adorable Urban EV concept at the upcoming Geneva Motor Show in March and, thankfully, it won’t be the only electric vehicle the Japanese brand will bring to Switzerland. Near Lake Geneva, the Honda Tomo study will also celebrate its world premiere showing brave design ideas for electric vehicles.

The Tomo concept is not designed entirely by Honda as the brand has teamed up with students from the Istituto Europeo di Design in Torino to work on it. A group of 13 students of the two-year Master in Transportation Design class was tasked to draw Honda's next “fun” car with “the ideal means of transport for young people in the next six years” in mind.

The result is this super cute two-door small electric car which is actually a tiny pickup, as far as we can see from the first images. According to its creators, it should be able to meet the needs of “free time leisure outside the city” and “the demands of working in an urban setting.” Simply put, one vehicle for all your activities.

No photos of the cabin are available at the moment, but Honda says there’s an “easy, friendly” layout of screens dominating the dashboard, as well as a head-up display on the windscreen. That’s not much to go by, but judging by previous electric concepts from the marque, we expect to see a minimalistic interior with some high-tech solutions.

“At Honda Design we are always working to create a design that reflects the philosophy of our brand, offering users our experience with fun and freedom of mobility,” Taku Kono, General Manager Styling Design Division at Honda R&D, comments. He says creating the Tomo concept “was an exciting, constructive journey both for us and the students thanks to the fusion of the Honda Design philosophy and the creative energy and commitment of the young IED designers.”

The Honda Tomo will make its official debut on March 5 in Geneva, during the second part of the first press day of the show.