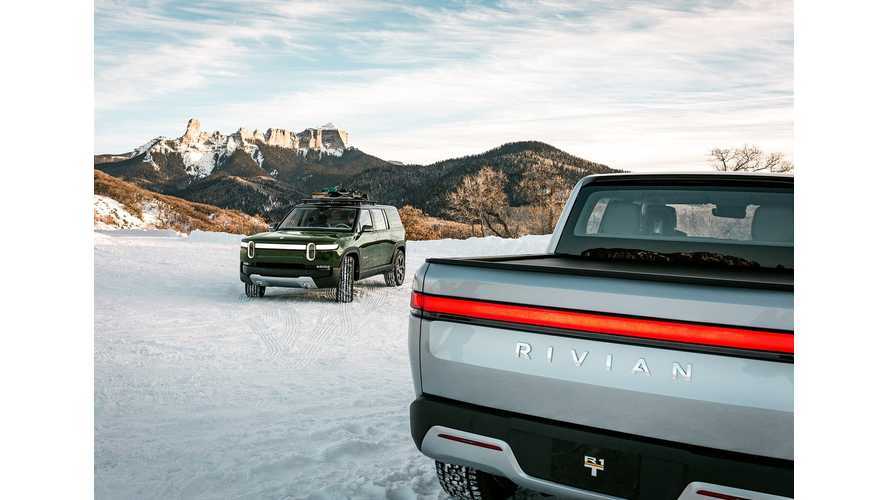 We've watched and read a multitude of interviews with Rivian CEO RJ Scaringe as of late. While we haven't shared them all on InsideEVs, we try to bring you the best of the best, along with the most important bits of information therein.

Recently, greentechmedia (gtm) joined the lengthy list of those enjoying one-on-one time with Scaringe. The interview is a long read, but surely worth it (more on that below). So, we've decided to highlight what we think is the most compelling fragment of the interview, and that's pricing. How much will the electric pickup truck and electric SUV really cost?

Hot Or Not? Front End Of Rivian R1T Pickup Sure Ain't No Silverado HD

GTM's Julia Pyper asked Scaringe to talk a little about Rivian vehicle pricing. The automaker announced that the R1T electric pickup truck will have a starting price of $69,000, and the R1S SUV will start at $72,500. Much like Tesla vehicles, not only will these prices apply to the base models with smaller battery packs (less range), but they won't be available early on. This is important to note, since Rivian has also touted vehicles with massive battery packs and 400 miles of range.

Do you foresee price being a speed bump for the company?

I think that may seem high, but we have to take the context of really two things. First, we've strategically positioned ourselves to go after the aspirational side of this market. It's really important to make that note; we're not trying to compete with a $25,000 or $30,000 truck or SUV. This is a very high-performance and very technically advanced in terms of self-driving, in terms of connectivity architecture, in terms of battery size. The segment is going after the people who are spending $70,000 or $80,000 on a GMC Denali or a Chevy Suburban or a Land Rover Discovery or a fully loaded Ford F150.

So we've intentionally made sure that we've architected the vehicle for that premium positioning. If you come into the bottom of the markets, it’s very, very hard to push new technology.

The Rivian CEO admits that the automaker hasn't yet released pricing information for the long-range vehicles. However, he makes it clear that Rivian will offer long-range variants that start under $90,000. This goes along with some inside information we learned at an early reveal event. A Rivian executive told us that some people may want the longest range battery, but not all the bells and whistles. So, Rivian will offer its largest battery pack in a truck and SUV that are more "stripped."

While $90,000 is still a lot of money, it's fantastic to know that Rivian will provide long-range products without unnecessary luxury. This is something that we haven't seen from other automakers. For example, you can't choose Tesla's largest battery pack, but get the car in a more frugal configuration. Additionally, in some cases, upgrade packages are mandatory. We can't wait until these vehicles finally come to market. Reality and timelines are beginning to seem more viable now that Amazon has made an investment and GM may jump on board as well.

As previously stated, this is one hefty interview. Of course, there are some topics that we've already covered, but there's always new insight. The best part is that it's in print, rather than video format. So, for those that would rather read than watch, this one's for you. Follow the source link below to check out the entire interview.

If you would like to discuss what these price points mean for consumers, come join the discussion in the Rivian section of the InsideEVs Forum.