Morgan Stanley analyst Adam Jonas may get the award for being fickle.

We continue to share Morgan Stanley analyst Adam Jonas' bullish stance on Tesla. However, as of late, he has been much more neutral. In fact, in a note just a few days ago, Jonas pointed to the "serious competition" heading Tesla's way via Rivian Automotive. However, there's absolutely no discounting the fact that Tesla's proprietary Supercharger Network is nearly impossible to top. Jonas calls the Silicon Valley automaker's fast-charging network a "competitive moat" against rivals.

More On The Tesla Supercharger Network: 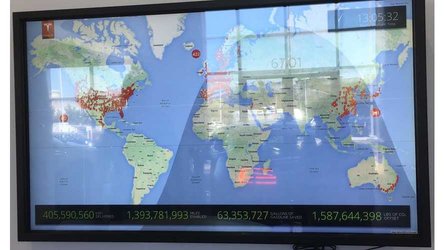 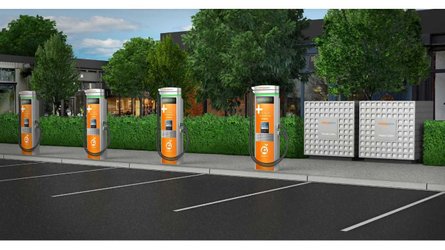 The Tesla Supercharger Network is truly one of a kind in the EV industry. No other automaker has established its own proprietary network. Even those who are working on building up competing networks are far off in comparison.

The above comes to our attention on a regular basis when we publish positive reviews about any other EV, aside from Tesla. For instance, the Jaguar I-Pace, Audi e-Tron, or upcoming offerings from Hyundai and Kia. While many commenters may admit that these are compelling EVs in one way or another, there's no hesitation to say they "suck" due to a lack of a manufacturer-sponsored charging network.

Jonas' recent note to clients stressed the importance and success of Tesla's Supercharger Network and claimed that it comprises some 30-40 percent of all electric vehicle charging infrastructure in the U.S. to date. In addition, the network continues to expand on a regular basis. This is not to say that other charging networks (like Electrify America) aren't finally moving forward more briskly, but for those outfits, to catch up anytime soon would be a monumental and nearly impossible achievement. However, it's important to note that other charging networks support almost all EVs, rather than just Tesla vehicles.

Part of the strategic attraction to Tesla is its physical infrastructure footprint, which we believe, over time, can improve the customer experience, reduce friction points, and support the fleet management of many millions of Tesla vehicles on the road and in both captive and 3rd party commercial fleets. Morgan Stanley estimates Tesla will expand the supercharger network to 15,000 stations “by 2030 to support a Tesla on-the-road fleet size approaching 13 million units.

The Morgan Stanley analyst has pointed out that Tesla is struggling with regard to customer service. However, he believes that the Supercharger Network works to help keep Tesla owners happy, despite other issues and complaints.

While Tesla has made efforts to address issues with service quality (such as increasing its Mobile Service fleet to 411 vehicles), the customer service experience appears to have significant room to improve.

The most interesting part of this whole situation is the fact that Tesla has offered up inclusion in its Supercharger Network to other automakers. However, to date, no other EV makers have taken the bait. Of course, they would have to pay and contribute, but it might surely be worth it. This is especially true of EV startups like Rivian.

We shall see what the future brings. As we reported yesterday, it appears that Rivian is working on a deal with GM and Amazon. Perhaps it needs to consider biting the bullet and reaching out to Tesla about terms of use for piggybacking on the Supercharger Network?

As always, let us know your thoughts in the comments section below.