This Retro-Styled Tesla Charger Is Amazing And Unique 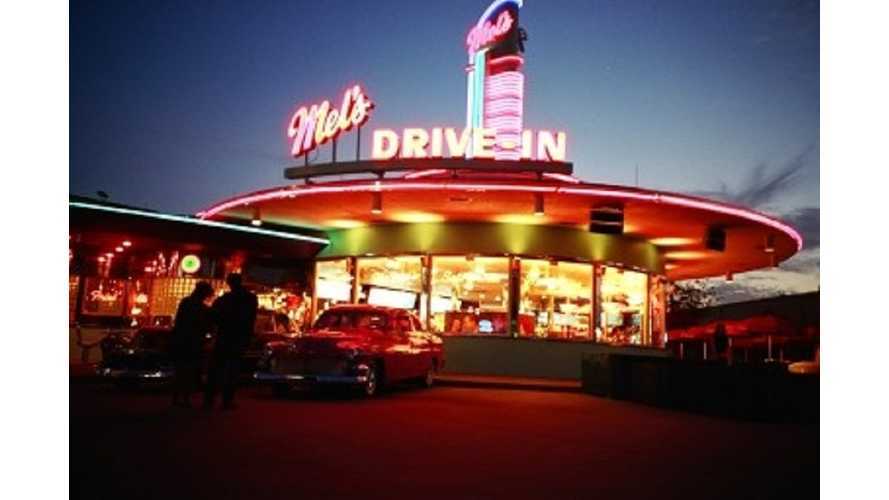 COULD THIS BE THE COOLEST TESLA CHARGER EVER?

In addition to designing sleek cars, Tesla also designs eye-catching electric vehicle chargers. However, someone else appears to be stealing the limelight. According to Inverse, "When Tony Caciolo put the finishing touches on his Tesla electric car charger, he didn’t expect to become an internet sensation. The destination charger is styled like a 1950s gas pump, designed to match his ice cream parlor, a fun mix of old and new that rapidly captured the imagination of the community."

Above: A new (albeit retro) Tesla destination charger in Pennsylvania (Facebook: The Inside Scoop)

“We just powered it up yesterday,” Caciolo told Inverse. “I haven’t announced it publicly on our website yet, although the word got out fast!” Before Caciolo even made the Tesla charger active, a fan uploaded a photo of it to Reddit, where it received nearly 5,000 upvotes.

Caciolo, a Tesla owner himself, owns the 1950's-style ice cream parlor, The Inside Scoop, in Coopersburg, Pennsylvania. With the Tesla charger, "Caciolo took great care to emulate the feel of those old fashioned gas-pumps. He explained that it’s a replica Texaco gas pump, with the logos replaced by Tesla logos and the gas pumps replaced with two charging cables. There’s even a retro gas station light to complete the feel."

Above: While your Tesla fills up on electrons, you can fill up on some ice cream (Facebook: The Inside Scoop)

It's reported that, "The charger is part of Tesla’s destination charging network, which complements the more powerful Tesla-operated 'superchargers' by informing drivers of businesses where they can park and charge their car for a longer visit."

The Inside Scoop could become a popular place for Tesla owners to charge, but, "its wide selection of 100 homemade flavors (40 of which are available at any one time) and regular in-store events means it’s more than just a neat pit stop. Flavors on the board include chocolate Oreo, peppermint mocha, birthday cake, and vegan pina colada."

Ironically, in another nostalgic nod to the 1950's, "Tesla CEO Elon Musk also seems to be a fan of the era, and he’s suggested in the past that he plans to create... an 'old school drive-in, roller skates & rock restaurant' at one of the Tesla Superchargers in Los Angeles."

Above: Lines form outside Caciolo's ultra-popular ice cream parlor (Facebook: The Inside Scoop)

Nevertheless, "Musk has yet to release more details about his old-school drive-in, but in terms of evoking the spirit of a golden age of American automobiles, Caciolo may have already beaten him."