Electrify America and Hubject announced collaboration on charging interoperability and “Plug&Charge” technology, that will allow people to pay for their electric vehicle charging simply by plugging in their vehicles.

The solution utilizes global standard ISO 15118, which needs to be first implemented in the cars (according to Hubject, already several automakers are beginning to add this capability) and in charging stations (Electrify America's stations are hardware ready and will get software update later this year).

Once cars and stations will support Plug&Charge, the driver - after simple registrations - will be able to plug-in and the charger will recognize the car automatically, taking care of authentication and billing, without use of any access cards or credit cards.

"Following a simple registration, the owners of electric vehicles with ISO 15118 capability will be able to plug into an Electrify America charger and it will automatically start a charge with Plug&Charge handling authentication and billing. A truly customer-focused feature." 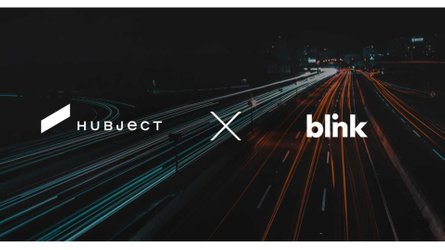 Blink Teams With Hubject To Increase Charger Access In U.S. 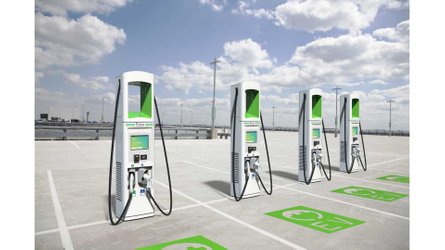 It seems that use of electric vehicle charging stations will become more convenient, although we must note that Tesla owners were enjoying such easy authentication (and most recently also billing) for years at the Superchargers. However the general solution for all the manufacturers and charging networks requires middleman and it seems that Hubject is going to fill the gap.

"Hubject will provide its expertise to Electrify America in a variety of areas surrounding the implementation of the global standard ISO 15118 into the North American market, the most prevalent functionality for what is commonly referred to as “Plug&Charge.” By bringing ISO 15118 to all Electrify America’s DC fast and home AC chargers, this technology is also the first step to enable EV smart charging and vehicle to grid (V2G) communications. It enables the vehicle to automatically authenticate and authorize a charging session using secure digital communication, eliminating the need for membership RFID cards, credit cards or mobile apps.

With Plug&Charge-enabled vehicles and infrastructure, an EV driver will simply plug the charger into the vehicle and the charging session will begin automatically. Electrify America will be the first DC fast charging network in the United States to provide this technology at its charging stations. Several automakers are beginning to add this capability in their cars."

Hubject was selected by Electrify America because of its expertise and a European track record of leading in eMobility technology initiatives, especially in the development of Plug&Charge support products and services.

"With a focus on both future and present-day electric vehicles, Electrify America’s charging systems have a range in power from 50kW, the most commonly used fast charging for electric vehicles today, up to 150kW and 350kW for its highway stations. All of those stations are prepared for Plug&Charge and will be updated with software later this year. The company will install more than 500 DC fast charging station sites in the United States by the end of 2019.

Additionally, Electrify America is also working with Hubject to test the ISO 15118 capability of electric vehicles and charging equipment manufacturers (EVSEs) to validate their cars and equipment on the Electrify America network to ensure a truly seamless Plug&Charge experience for drivers.

“We are looking forward to supporting Electrify America with the implementation of ISO 15118 technology and our Plug&Charge ecosystem services. Our highest priority is to enable a premium EV customer experience to our partners and as the industry leader in Plug&Charge technology it is a natural fit that we would work together. This will make it easier to charge an EV than to use a gas pump.”

“Plug&Charge is a game-changing technology for consumers that will make their electric vehicle a virtual credit card when charging at our stations. Following a simple registration, the owners of electric vehicles with ISO 15118 capability will be able to plug into an Electrify America charger and it will automatically start a charge with Plug&Charge handling authentication and billing. A truly customer-focused feature.”