Is The Tesla Model S Really A Robot Killer?

All your PR stunts are belong to us.

Tesla is in trouble again. This time, we're told, a Model S was in full-self-driving (FSD) mode in Las Vegas when it picked up a passenger and then promptly ran over a robot belonging to a company called Promobot. We are led to believe that this one robot had wandered away from a group of his robot pals as they were rolling themselves into the Consumer Electronics Show (CES) venue and found itself alone in the street. Cue an avalanche of very SEO-friendly headlines. 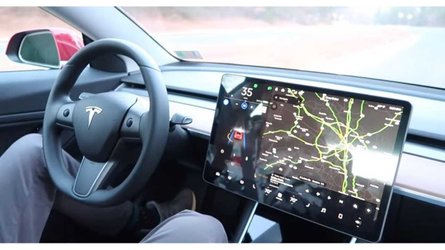 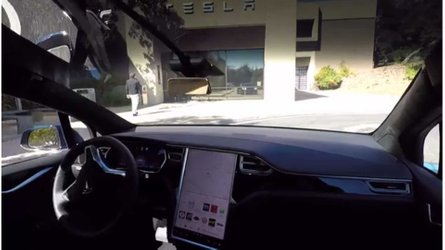 Tesla Owners With Full Self-Driving Will Get Free Hardware Upgrade

We didn't run with the story from the get-go because, well, it didn't really add up. For one thing, contrary to a statement from the supposed passenger in this killer car, Tesla vehicles do not yet offer full self-driving. Nevermind that it just seems unlikely a person would randomly get into a parked Tesla Model S and start driving it through a parking lot, especially on Autopilot. Or that a perfectly-framed black and white video of the incident (with no sound) could immediately be obtained by the company. Or that the robot didn't fall over when it stepped off the significant curb.

So while we didn't spend much time considering the story, Erik, from the Tesla-centric DÆrik YouTube did. He put together a video (above) detailing why he thinks the whole thing was an elaborate PR stunt. He makes some good points.

We'll let you watch his dissection of the press release put out by the Russian robot maker — as well as the pair of videos that quickly went up on the company's YouTube account, which we've added here (below) — and decide for yourself just how credible this claim is.

For our part, we still aren't buying it. Besides all the things Erik brings up there is also the interesting fact that two years ago, another robot freed itself from the confines of the company's headquarters and snarled traffic in Russia (video report of that incident also below). What a coincidence, right?

Source: YouTube
By: Domenick Yoney
++
Got a tip for us? Email: tips@insideevs.com