Be ready to pony up a quarter million in cash.

There are few shapes today as iconic in the automotive world as the Ford Mustang. We're talking about the originals from the sixties, not the late-model pretenders. The problem is, of course, these classics are gas-powered and not really up to the performance standards of today. Plus, they don't make 'em anymore. Enter Charge Cars, which is set to change all that. 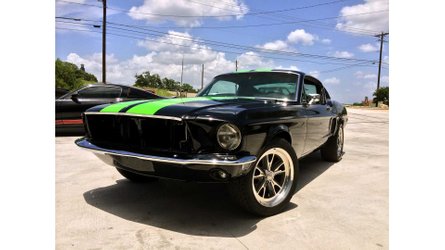 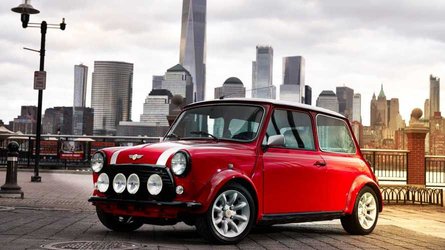 The British outfit has just released a video (above) featuring an updated version of the classic 'Stang that rocks our socks clean off our feet. One which it says it will bring to market in September of 2019. This thing is nasty in the best possible way. While it keeps the basic exterior contours of the beloved original model, its makers aren't afraid to color outside the lines. It is truly stunning.

Did we mention it's electric? Ok, you've probably guessed that by now, but the numbers related to the drivetrain are as impressive as its appearance. Consider an all-wheel-drive coupe — it's said to become available in both fastback and convertible form — putting out 300 kW (402 horsepower)  along with 1,200 Newton meters (885 pound-feet) of torque. That's enough giddyup, they say, to power the revived design from a standstill to 100 kph (62 miles per hour) in a brief 3.09 seconds.

The battery supposedly holds a decent 64 kWh, which the outfit says should be good for 200 kW (124 miles) of range. (We believe there may be some sort of typo here, as they much energy should take the car at least 200 miles. We've reached out for clarification.) A charge time is not given at the moment, though the company's website does say it can DC fast charge at 50 kW.

From what we can see of the interior, the cabin appears quite modern, with a large Tesla-like touch screen in the center console. The user interface (UI) looks quite polished, though we have yet to learn about its features or how much control it may give you over the vehicles performance and dynamics.

Charge Cars intends to build a total of 499 of these electrified vehicles using "officially licensed shells." You may well be able to see one in person as demonstrators will engage in a world tour starting in March of next year, and hitting at least eleven major cities. If you want to ensure a place in line for this limited production, reservations are being accepted in exchange for a fully refundable 5,000 British pounds ($6,501 at today's rates). When the full bill comes due, expect to shell out at least 200,000 British pounds ($259,900). That is the starting price before as-yet-unmentioned options and accessories are added.