German Automakers Act Like Tesla And EV Transition Is A Surprise 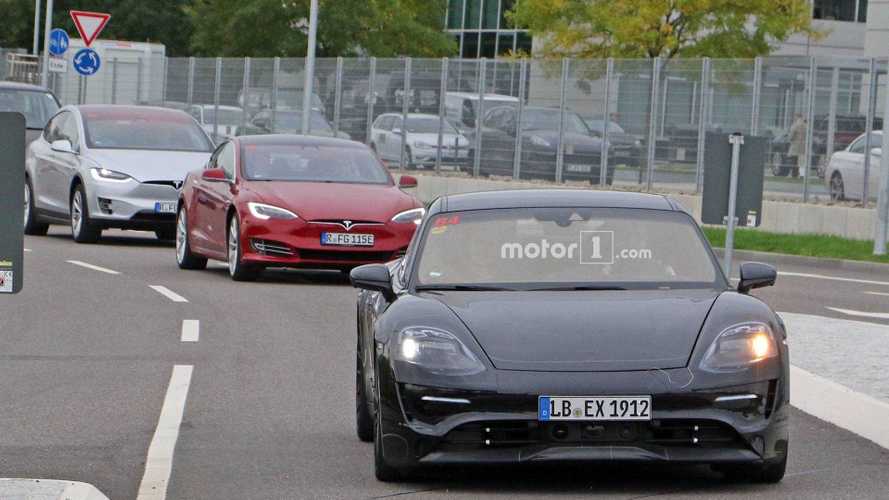 While excitement grows for electric cars, questions remain. Patrick McGee writes (via Financial Times), "Can Germany survive the ‘iPhone moment’ for cars? The country’s profitable carmakers are being hit quicker than expected by the adoption of electric vehicles... some question whether Das Auto will survive such an industry transformation."

As Tesla Surges Forward, Will German Automakers Up The EV Game?

Above: The success of Tesla is raising questions in Germany (Image: Car)

Right now, "If the market is betting on someone building the iPhone on wheels, it is Tesla." It's reported that, "In the US, Tesla outsold Mercedes and BMW in the passenger car category. Globally, Tesla deliveries including cars and SUVs were lower than both, but they were double that of Jaguar and almost 20,000 higher than Porsche, according to AID research."

“It gives you a glimpse of the future — of what it will mean when Tesla can serve the German market,” says Mr Herger, author of Das Silicon Valley Mindset, a manual for traditional industries to innovate like start-ups. “And this was the quarter when all you heard about at Tesla was their production problems.”

Granted, German automakers "are likely to produce a record 16m cars this year...  it is based on a product, combustion engine cars, that could cease to exist within a single generation. The engineering skills that have set German cars apart from the pack are likely to lose importance relative to software and imported batteries. And its strengths, from engine knowhow to world-class factories, could turn into a weakness as the industry undergoes a radical shift."

Looking ahead, "If the shift to electric happens quickly, production assets in Germany could turn into expensive liabilities."

“The whole frame of the car is different when you move from gasoline to electric,” says Sven Dharmani, global auto supply chain leader at EY. “Entire plants are going to become obsolete. The companies that make pistons and crankshafts are not going to provide the battery.”

In fact, "The threats facing the German car industry could be existential, according to Herbert Diess, chief executive of Volkswagen." Deiss told German newspaper Süddeutsche Zeitung, "Such an industry can crash faster than many people realise... I see our chances of keeping the lead position at 50:50.”

In the US, "Elon Musk, the Tesla chief executive, is driven by grand ambitions to wean the world off a fossil fuel based economy... the Germans are unveiling EVs to avoid breaking EU rules." The results are striking: "Globally, not a single German EV model makes it on to the top 10 list dominated by Tesla, Nissan, and Chinese producer BYD."

Viktor Irle, analyst at EV-Volumes, says the German strategy is to produce as many electrified and hybrid plug-in vehicles as are required by law— rather than desired.“It’s ‘compliance hell’ rather than ‘production hell’,” he says. “They don’t want to sell them; they have to sell them.”

All this is happening against a backdrop where "Brussels recently launched a formal investigation into alleged collusion between the German carmakers, over a slow rollout of emissions technology...  longtime chief executive Rupert Stadler was arrested for his alleged role in the diesel scandal in June. VW dismissed him this month."

Inside the tumultuous auto sector, there appears to be a sea-change underway. According to Stefan Bratzel, director of the Centre of Automotive Management in Bergisch Gladbach, “For 100 years the automotive universe had established the rules of the game. Just a few people controlled the industry, especially the Germans. Now, the role of the German automotive industry is at risk.”