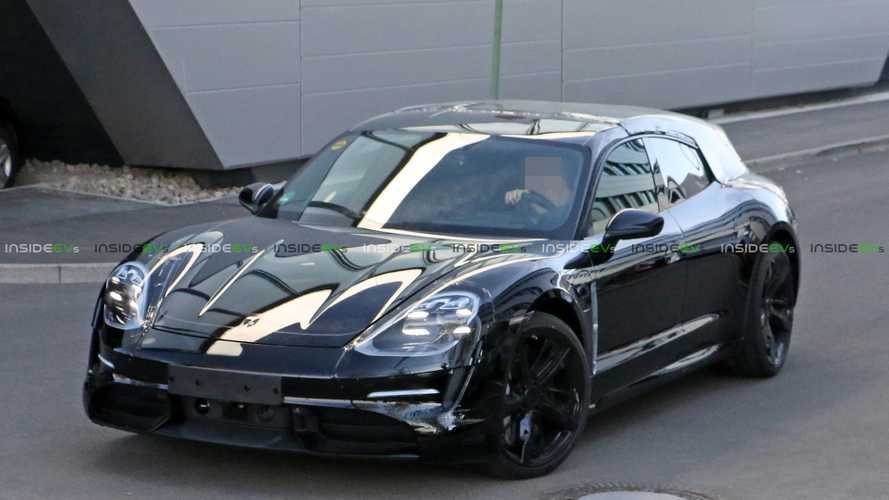 Say what? A wagon version of the Porsche Taycan.

That's right and here's your first ever look at it out testing.

This isn't the Porsche Cross Turismo concept, which is an off-roady version of the Taycan. What we see here is a proper wagon.

The Taycan Sport Turismo will surely enter production, likely as just a version of the Taycan. Rumors suggest it will be offered in various trims too, with power output rising with price.

The Sport Turismo version brings with it all the benefits of a proper wagon, meaning lots more room for luggage, though we doubt it will have seating for seven like what's optioned on the Tesla Model S.

There's no word yet on when the Taycan Sport Turismo will go on sale, but with the regular Taycan set for unveil next year as a 2020 model, this wagon version is likely still 2 or so years off.

All-wheel drive is expected to be standard on all versions initially, but there is the possibility of Porsche launching a more affordable rear-wheel-drive edition in the future. Some rumors have suggested that the Taycan Carrera will be rear-wheel-drive from the start.

And yes, it sports the typical fake exhaust we've become accustomed to in Porsche's electric prototypes.