So many cool features!

We've been watching the Sion from Sono Motors from afar since it first popped up on IndieGoGo and our radar a couple years ago. Now, though, we can get a closer look by going along with Kenneth Bokor, host of the EV Revolution Show, as he checks out the solar-clad car during a demo day in Germany. Not only does he hold a sit-down interview with one of the company's representatives, but he also does so from behind the wheel, giving us a feel for the car's interior dimensions.

More about the Sono Motors Sion 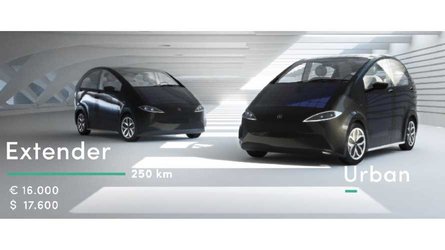 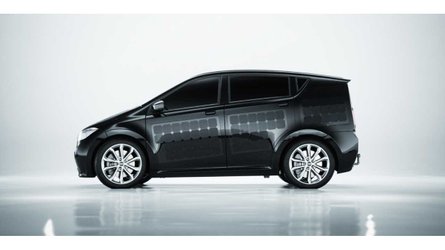 Luckily for us, he also gets to drive the prototype around a short course. Speeds reached, we have to say, were a bit low, but Bokor is impressed by the lack of squeaks and rattles. We realize too that, as this is basically a hand-built machine, driving impressions wouldn't be a completely accurate translation of the car that is to come. Still, it should give some confidence that the Sono team has some engineering prowess.

The Sono Motors Sion is expected to go into production in late 2019. Already, over 8,100 people have made a reservation for the unique vehicle. That's over 1,600 more than had pre-ordered just two months ago. When the Sion starts leaving the factory, these folks will fork over 16,000 Euro ($18,540), sans battery, for the base model. The power pack portion can be either bought outright for an additional 4,000 Euro ($4,633) or rented by paying a monthly fee. The only option will be a tow package.

While I was on some holidays in the Munich, Germany area earlier this month, I was able to attend a Media/Press event held by Sono Motors, an EV startup automobile manufacturer. This event featured their concept all-electric vehicle model "Sion".

My thanks to Alexandra and Felix of Sono Motors for giving me with a chance to spend some time with the 2019 Sion and answering my questions!

Also special thanks to my Aunt Marti for driving me to the event and helping as my camera-person!

The Sion is currently at the prototype concept stage and many refinements and changes will most likely occur for production cars. More information can be found on their website at www.sonomotors.com.