Jaguar Delays Some I-Pace Deliveries Due To Manufacturing Issues / Prioritization 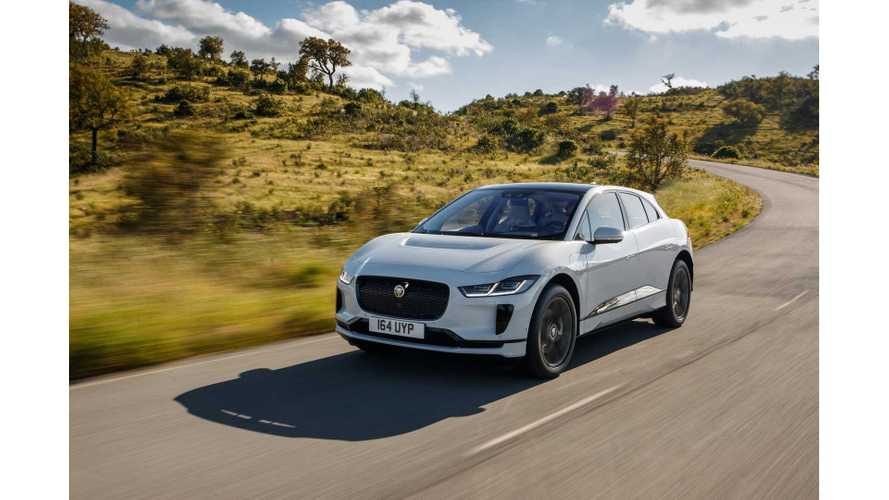 Jaguar is scheduled to ship out their first all-electric vehicle later this year. Dubbed the I-Pace, this small SUV (Sports Activity Vehicle) is certainly one of the most appealing EVs to come to the market in 2018. The high-interest rates were translated into reservations for this vehicle, making it one of the most sought of after vehicles in recent years. But, there seem to be some issues regarding its production and delivery dates.

According to Electrek, some customers have been issued delivery dates pushed back for several months. The dealers are stating the delays are due to “manufacturing issues,” while the company itself is stating they are simply “prioritizing” orders for just a few customers.

When the Jaguar I-Pace was launched, it took the automotive world by storm. Its impressive looks, modern interior, the impressive manufacturer stated range and the performance aspect to boot, made the I-Pace one of the most highly coveted items in the car world. Many rushed in to get their deposits, as big wait times were expected, thanks mostly to the hype surrounding the car. Customers were told by the British car maker that they might secure a delivery by the end of the year - if they reserved a vehicle early - and now, they are faced with a possible delivery date being pushed by months.

When Electrek contacted Jaguar, they got a confirmation about the production date start (scheduled for later this summer) and were told that some I-Pace customers are experiencing delays due to “prioritization”. While Jaguar may want to spin things around, it doesn't look like customers are buying it. Call it what you want to call it, but a delay is still a delay - especially if you were promised a vehicle at a certain date.

“In some instances individual customers may have been informed of a delay regarding their order. This will be due to prioritisation of market specific orders to best meet the exceptional demand.”

The “prioritization” - to some - is making a significant impact on the vehicle delivery dates. To bring more light to the story, Electrek reveals that several reservation holders have contacted them and confirmed the production delay issue. For instance, one reservation holder based in the UK told them that he placed a £1,000 deposit on March 5th, 2018. During that time, while not knowing too much about the vehicle itself, was told by the British car maker that placing a deposit then and there, would secure him a late 2018 delivery date.

Later in May, the customer was invited to his local Jaguar dealership to see the car in person. That's when he configured his order: Jaguar I-Pace SE in metallic red, coming with a standard metal roof, standard suspension, a set of upgraded Matrix LED lights, a heads-up display, and the driver assistance package. Even then, Jaguar insisted that everything will go according to schedule: the customer was given a build date start of August 31 and the delivery to the dealership was scheduled for September 28 - well within 2018, as promised.

Even as July 20th approached - the last day the customer could modify the order - he was still confident that his vehicle would arrive on time. Instead of changing his order, this would-be I-Pace owner called the dealership to ensure everything is going according to plan. But, an unwelcome surprise was in stall. The dealership informed the customer that a  “manufacturing delay” was at hand, and gave him a new February 6th delivery date - over 4 months over his original delivery date.

According to Jaguar, the first customer deliveries are still planned to start “late this summer”. Various sources reveal that none of the orders that have been delayed are the First Edition. Starting at $86,895 instead of $70,495, the First Edition is much more expensive than the standard version. While still unconfirmed, it looks like that Jaguar is doing a similar business move as Tesla did with the Model 3; they are producing the more expensive and much more lucrative models first.

“After the successful launch of I-PACE, Jaguar’s all-electric performance SUV, production is now focussed on meeting the exceptional customer demand. Since launch, we have confirmed that customer deliveries will be taking place from late summer of this year and this is still the correct timeline.”