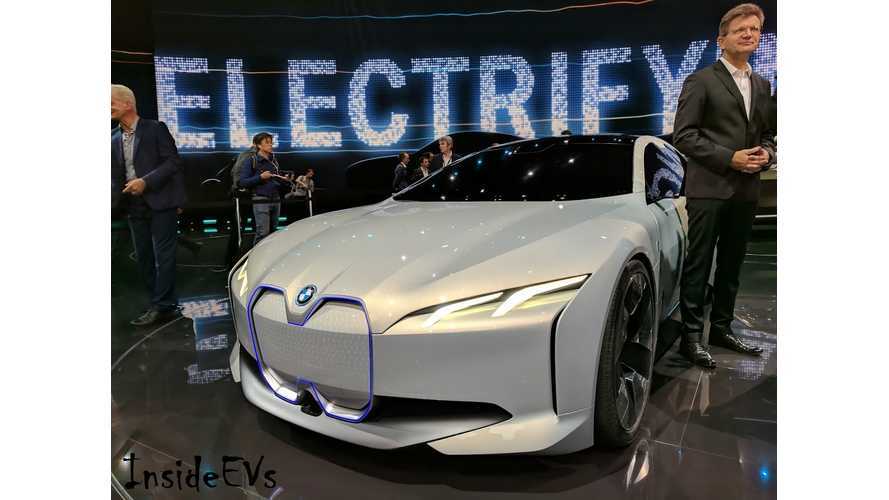 BMW says that its upcoming i4 electric sedan will be capable of going anywhere from 340 to 435 miles on a full charge.

That's likely a NEDC figure, but BMW didn't make this clear during the announcement. From our perspective, that's almost without a doubt a NEDC range.

RELATED - BMW CONFIRMS I VISION DYNAMICS WILL BECOME ELECTRIC I4

“With the fifth generation of eDrive, our vehicles will be able to drive 550 to 700 kilometres (340-435 miles) on electric power, depending on the model. We will achieve this in the BMW i4.”

Those words were spoken at the automaker's recent annual financial results conference. But being that it took place in Europe, we think we can assume NEDC. EPA figures, or real-world range, will likely be more in the ballpark of 211 to 270 miles.

The BMW i4 will be loosely based off the BMW iVision Dynamics Concept (pictured). CEO Kruger had this to say in regards to how closely the produciton car will resemble the rather wild concept:

“It’s a concept car but we have a good tradition at BMW i that the concept car and the later production car look the same. Yes, there will be some changes but this car is not far away.”