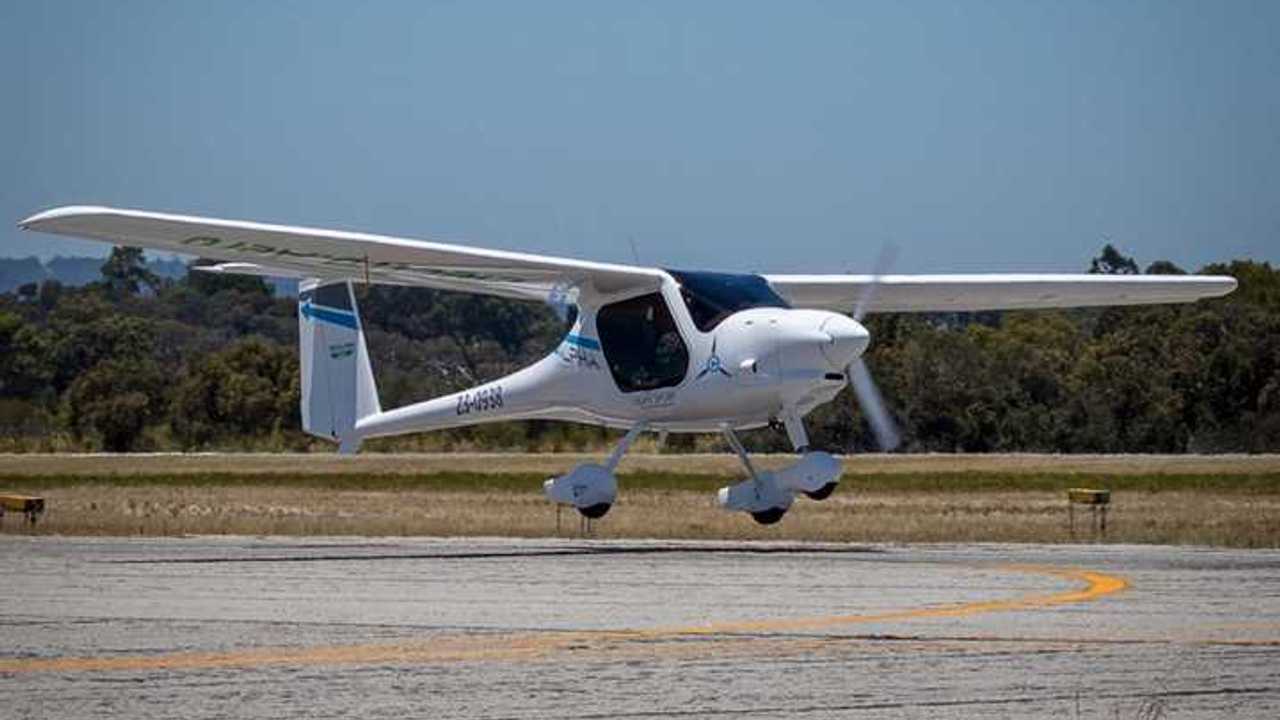 The two-seater is designed for training of new pilots. The 21 kWh battery enables 60 minute lessons (plus a reserve). The electric motor is just 50 kW, but it seems powerful enough for max take off weight (MTOW) of 550 kg (1212 lb). Empty weight is 350 kg.

In Australia, the first customer is Electro.Aero, who says that the Alpha Electro is not only quieter and smoother for learning, but will help lower the cost of becoming a pilot (up to 70% according to Pipistrel).

"On 2. January 2018 the first serially-built Pipistrel Alpha Electro took flight in Australia. The aircraft, which received a Special Certificate of Airworthiness from Australia’s Civil Aviation Safety Authority (CASA) in October 2017, took off from Perth’s Jandakot Airport and conducted two circuits around Jandakot (the 5th busiest airport in the southern hemisphere with more than 375,000 movements last year). It then went on to complete another seven hours of flying over the following two days before being handed over to Electro.Aero, the aircraft's operator.

The Alpha Electro can be registered in Australia as either a recreational aircraft or with CASA. In both cases it can be used for training, even to obtain PPL. The Pipistrel Alpha Electro is the first electric aircraft that offers the possibility of PPL training.

The aircraft was sold and all the paperwork done by our Australian distributor, X-Air Australia and its representative, Mr. Michael Coates. The new owner of the aircraft, Perth-based company Electro.Aero, stated on their Facebook page that they were satisfied with the new aircraft.

Mr. Richard Charlton, the finance director of Electro.Aero said in his statement for Australian Aviation that it was a smooth first flight. “It was very much without drama. We were just in the pattern behind a normal aeroplane and the control tower was very excited. They knew all about what was happening.”
Charlton said the aircraft was much quieter and cheaper to operate than equivalent-sized aircraft, powered by piston engines.“The main issue with petrol is the maintenance costs of what is a more complex engine,” Charlton said. “The electric engine is really simple. It has one moving part, it’s a very small piece of equipment and it is a solid-state motor.”