Karma Expands In Michigan, But When Will Volume Revero Production Happen? 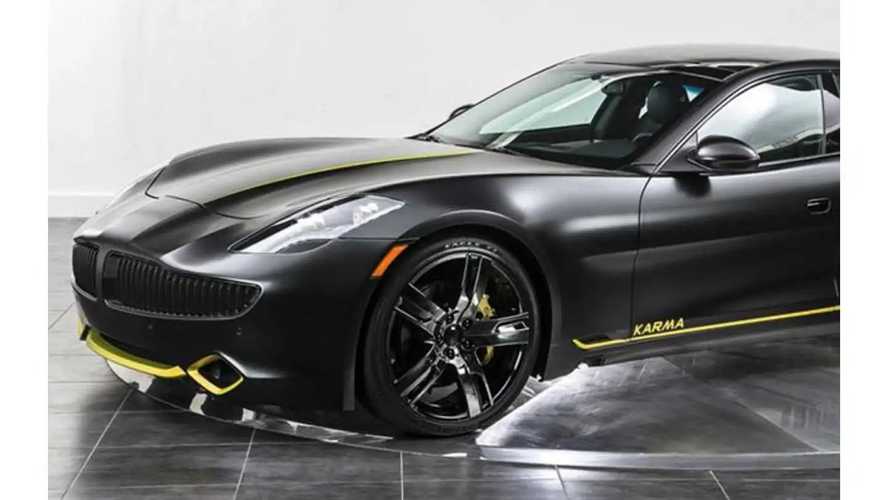 Karma Automotive is really expanding its presence in Michigan.

First US-Built Karma Revero prototype on the line in Moreno Valley, CA in May

The California-based wannabe plug-in maker has announced the unveiling of the first model, the Revero for late this summer (which is essentially just the original Fisker Karma model ...but with some light upgrades, and new suppliers)

Now, the company states a major new project is further taking place in Michigan, where Karma is expanding its Supply Chain, Engineering and Program Management. The company notes that is also growing its supply chain resources at its headquarters in Costa Mesa, California - which is adding new faces.

Karma also announced Dennis Dougherty is joining Karma in the newly created position of President & Chief Operations Officer. "Dennis brings with him extensive operations experience in the U.S., China and Mexico which will be invaluable as we launch the Revero and expand our global footprint," said Tom Corcoran, CEO.

"We have a very aggressive growth plan, and we want to ensure we have the best available people in the industry. Detroit is the home of some of the top technical resources and leading suppliers in the world. We are pleased to announce that Kip Ewing, Eric Keipper, Scott Sabin and Bruce Smith have recently joined Karma's leadership team in Troy, Michigan.  They bring with them expertise in many technical areas and deep experience with many great companies such as Aston Martin, Rolls Royce, Tesla, Ford, FCA, and GM."

"Our purchasing and supplier quality employees have been here in Detroit for two years.  Our continued presence and growth allows us more open communication and collaboration with our supply base."

Despite another manufacturing-related announcement, we are still unsure when a volume retail production line will kick off.   Parent Wanxiang had previously promised in 2014 and in 2015 to have the car ready about a year later, which (obviously) did not materialize.

The company however, did recently announced that the first prototype of the new version of the Fisker Karma had been produced in May at its Moreno Valley, CA facility.

First Karma Revero prototype being built in May

We are still unsure if these first cars will be full, from the ground-up, new products, or will have some donor parts; as when the company was acquired several years ago more than ~150 units of old inventory was reportedly left behind/part of the deal.

But,what we would really like to see next from Fisker's Chinese owner Wanxiang is a press release that says "retail production has started" or "this is when we will deliver" so we could get on with it on already.  It is clear that there is action to make that day a reality at some point - so that is progress.